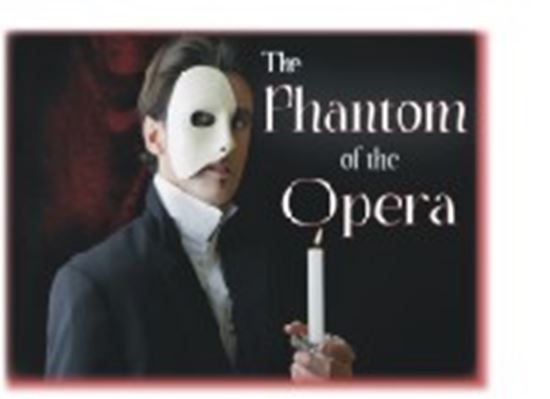 Young, gifted opera singer Christine Daae has just filled in for La Carlotta, the reigning prima donna, to a stupendous ovation at the Paris Opera. Christine has been tutored by an instructor whom she thinks of as the "Angel of Music." She convinces him to let her see his hidden world, for she realizes he is the feared "Opera Ghost," though he tells her his real name is Erik. Reluctantly, he takes her to his lair where she sees the wonder of a world that totally revolves around music. Curious, she pulls off the mask he wears and sees the hideous visage beneath it. He is devastated, but she, after her initial shock, promises to continue her lessons. La Carlotta returns and is put in the leading role, so Erik causes the chandelier over the stage to fall, though Carlotta escapes. Erik appears at a masked ball and reminds Christine that she belongs to him. But her old friend, Raoul, the Vicomte de Chagny, is defiant. He asks the help of Joseph, who works backstage. Joseph goes below in search of the Ghost, but he is captured. During a performance by Christine, the lights go out, and when they return, the body of Joseph is there. His girlfriend, Meg, now bent on revenge, joins Raoul as they journey into the cellars where they will meet up with the Phantom and Christine, who takes matters into her own hands and issues an ultimatum.