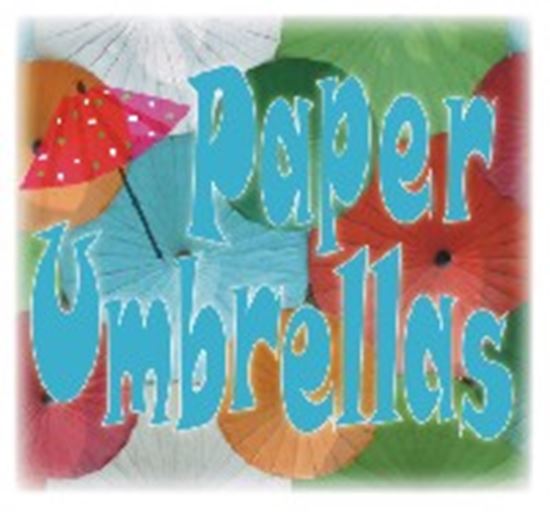 Members of the Dream Big Society are meeting in Hawaii's Paradise Hotel for the fourth annual convention, where they can find motivation to achieve their personal dreams, no matter how impossible they may seem. And wild dreams they are: Yvonne wants to be the Queen of England, CJ wants to be a samurai, Dora wants to train dolphins even though she can't swim, and Cory wants to be a rock star, though he can't sing a note or even play the air guitar. Clare, whose only dream is to have a happy family, discovers and is befriended by the society after being jilted on her honeymoon. Meanwhile, detectives Jen and Pete are undercover, investigating founder Donny Stripes for fraud. But Jen and Pete may have secrets of their own! With lots of humor and audience participation, "Paper Umbrellas" tells the story of big-- and little--dreams coming true. Ideal for dinner theatre.

A: My troupe had just finished performing King Lear and were begging me to do a comedy, something "light and fluffy." With that in mind, I drove around trying to come up with an idea (my ideas all come in the car). I was listening to opera and thought up a character who wanted to be an opera singer but couldn't sing a lick. Then, I considered how funny it would be to have a motivational speaker who urged all to follow the most unlikely dreams. It came rather easily after that.

A: My favorite parts are the titles of the "chapters" in Donny Stripes' book.

A: Well, I tend to be overly optimistic. I'm so optimistic, my father says that even in hell, I'd be making the best of the situation, talking about how warm and cozy everything is. So, really, having characters who believe in absurd, impossible dreams is natural. These people live inside me. And Donny was definitely based on several motivational speakers I'd seen in infomercials.

A: I tried to suggest that it's the simple dreams that are perhaps the most poignant--everything else will follow if you have (as goofy as it sounds) love. Everything in this play fights cynicism, which in this day and age seems like a good fight.