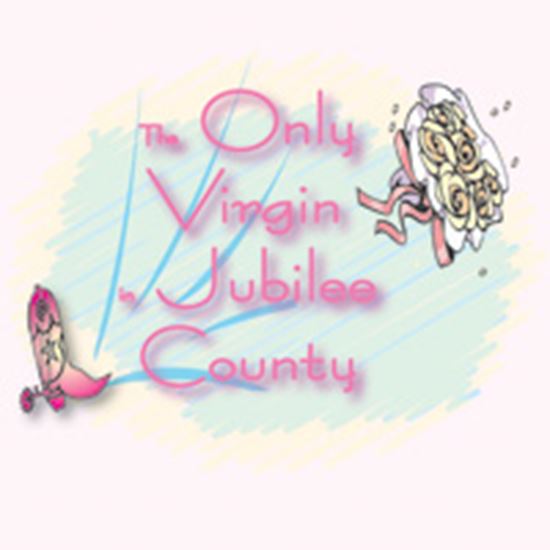 In this rollicking comedy two brides-to-be get caught up in a web of lies and half-truths while shopping for their wedding dresses at Tammy Ann Rennert’s One-Stop Bridal Bootique in rural Texas. When an iconic image of the Virgin Mary makes a miraculous appearance on the back of one of the gowns, chaos ensues. Secrets are revealed, hair is let down, and each woman reconsiders her attitudes towards marriage, men, morals, and miracles. Ultimately, everyone gets her heart’s desire. About an hour. Winner of the 2007 Hill Country Playwriting Festival in Marble Falls, TX.

“The Only Virgin in Jubilee County”

A: I had traveled to Mexico and the Virgin of Guadalupe's image was everywhere. One morning I dreamed about the dress and the women. I saw them in a tableau on the stage. It was quite vivid: the dress, and each woman, was clear in my mind's eye. I wrote the script very quickly thereafter. I had never been to Texas, so who knows where all that Texas talk came from!

A: I just love Lupita's monologue about her boyfriend in the convent. I felt Lupita was very humble, but had a secret that gave her power, and it's true!

A. I had a lot of mixed emotions about marriage while I was writing. I had recently divorced. Maybe that's why Lupita killed her boyfriend! But mostly, I enjoyed spending time with these women.

A I wanted to give the audience a great, fun time, laughing at characters they recognized - and I wanted to let the actors have a lot of fun, too. My aim as a playwright is to write powerful roles for women, since we have so many talented actresses and only so many parts. I also hope that people leave the theater thinking about marriage … and miracles.

A: I want to give a shout-out to the wonderful folks at the Playwrights Center of San Francisco and Hill Country Community Theater, who helped me develop my play.