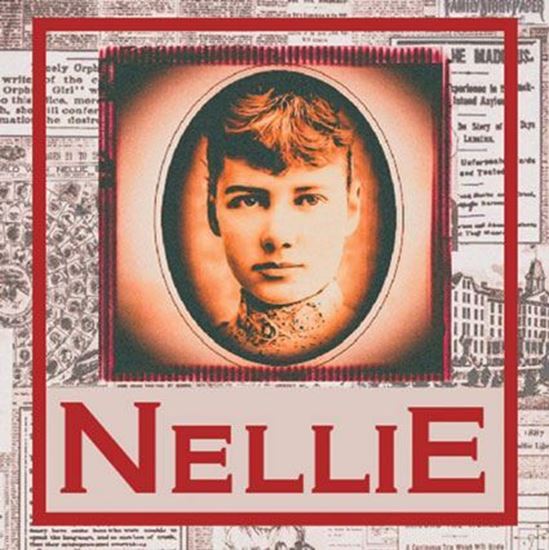 In the late 1800s rumors were circulating about alleged horrors taking place on Blackwell’s Island, home of the Insane Asylum of New York. Women were apparently the victims of abuse and torture, and one woman, a newspaper reporter, decided to risk her own life to investigate. Nellie Bly committed herself to the asylum, documenting her findings and ultimately revealing the horrors to the entire world. This one-act play, adapted from her book, “Ten Days in a Madhouse,” tells the incredible story of how this “girl” reporter forever changed the way the world looks at treatment and housing of the insane.

What inspired you to write this play?
It was a few things, actually. I had been reading "Alias Grace" by Margaret Atwood, which led to my fascination with women asylum and "insane" stories. I recall doing a Google search and the name Nellie Bly came up. All this being said, I think the inspiration came from Nellie herself. There was a day when I remember writing, but it was as if she had knocked on my door and come over for tea. We spent many days together, and what she told me to tell, I told in the best way that I could; she held my hand the entire way.

What's your favorite part or line in the play? Why?
I really enjoy the two part poem that is the prologue and epilogue of the play. I was having trouble with the beginning and wanted something that was more mysterious, poetic, and dreamlike. I don't remember how I wrote that poem, it just came out. It's title is actually "The Woman and The Leech." I enjoy it because it's similar to reverse poetry which I love, only in this case the reverse is in the way the words are, the second part is more optimistic than the first. I wanted it to feel hopeful, while also existing with the final prayer that the women end with.

What did you try to achieve with this play?
I really wanted to inspire people. Although this is a women's play, I wanted the story to give hope to anyone who has ever felt victimized. My true hope for this play is that it serves as a reminder to women that there can be men that care for them too. My hope is that they feel that through my writing of this play. I did it for the women in my life. It's for them.

Do you have anything else you'd like to add?
Just that I hope everyone enjoys this script and that they feel a warmth in their heart. This is just a small sliver of Nellie's amazing life, and I hope you all go on to learn more about this incredible woman.