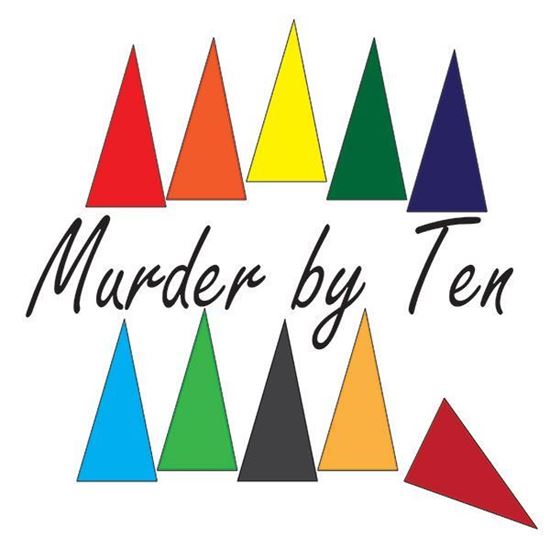 Ten dim-witted people have been invited to an old house on Dunce Island with the ultimate purpose, unbeknownst to them, to be murdered. Apparently, because of his or her dumbness, each was responsible for the earlier death of someone else. Now, one by one, they themselves are done in according to a silly nursery rhyme hanging over the fireplace. Because they’re not the brightest bulbs in the box, the poor victims are murdered rather easily by such things as vacuum cleaner hoses and live alligators. After several murders take place, they become suspicious of each other. But when the last person bites the dust and there’s no one else on the island, the question remains: Who the heck did all the murdering? A fun parody of one of Agatha Christie’s most popular mystery novels. Previously titled Ten Little Dunces. About 70 minutes.

“Ten Little Indians” (now referred to more often as “And Then There Were None”) by Agatha Christie is my all-time favorite murder mystery. I've read it several times, but not as many times as I've seen my favorite movie "Psycho," but that's beside the point. I wanted to write a show that actors would enjoy performing and then perhaps whet their appetite so they would want to read the actual mystery novel.

I like the sight gags -- I’m a sight gag freak -- like the target on Mark’s shirt when he’s standing beside the other target, the Justin Bieber poster joke, the vacuum cleaner hose wrapped around Mr. Drudge’s neck, etc. They are jokes that are usually unexpected and you really don’t have to “think” too much to enjoy them.

TELL US ABOUT THE CHARACTERS.

Pure entertainment for the audience and a play where the actors can play as broadly as they want to enhance the fun of the show. It would also be great if it helped introduce young Thespians to the books of Agatha Christie. I think it shows I’m a fan of hers.

My favorite food is a grilled cheese sandwich with a slice of fresh tomato. Oh, you mean about the show. One of the greatest sounds in the world is an audience laughing. I hope this show helps contribute to that wonderfully universal sound … and makes people want to read the novel. Okay, that’s the last time I’m saying it. Have fun.