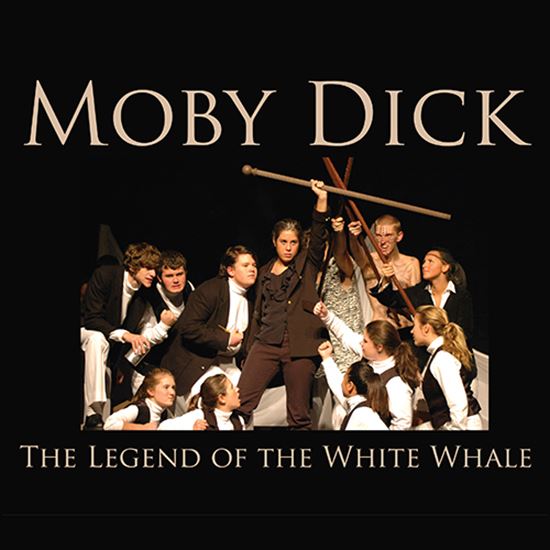 Moby Dick: The Legend of the White Whale

It’s 1851 and a young man walks into a Nantucket pub inquiring about how to board a vessel and go to sea on an adventure. What he finds is not the inspiring advice he bargained for. Ishmael, a hardened veteran of the sea, tells a cautionary tale of foreboding and woe about his own first-time voyage on the infamous "Pequod" under the maniacal leadership of Captain Ahab. As the story unfolds, the young man plays the role of Ishmael and is fully immersed in the retelling of Melville’s classic tale. Will the young man listen to the warning or will he choose to venture out into the sea?

MOBY DICK: THE LEGEND OF THE WHITE WHALE

Q:What inspired you to write this adaptation?

I saw an amazing production of an adapted Moby Dick production at Old Dominion University when I was in college at JMU. Moby was a book I had the opportunity to read in 9th grade because my English teacher was an amazing man named Dr. Malvern Brown and he believed in teaching difficult texts. We spent 9 weeks immersed in Melville's work and later in life, when I saw the stage adaptation, I was inspired by the unique ability the theatre medium has to tell a story, even an epic one. Each year since, I have worked on adapting stories for the stage. Since the audience already has connectivity to the base line of the story, it allows for artistic play and interpretation that is theatrical and fun for both actors and viewers.

Q: What’s your favorite part or line in the play? Why?

I really love the "Whaling" scene. All of the lines come from the amazing source material Melville provides, and it pays homage to the large sections of the book about the mundane tasks of whaling that are so detailed.

The length of the story is difficult. I had to cut out so many events to get down to the heart of the story I wanted to tell. The very first line of the book helped clarify it for me: "Call me Ishmael." In one of the biggest fish stories ever written we are not even sure if Ishmael is the narrator's real name! That gave me the idea of turning it into a cautionary tale for a youthful adventurer who is looking to find himself.

When I think of sea stories I think of storytelling, which is at the heart of a theatre performance. I wanted to tell a cautionary tale. Ahab's whale and Ishmael's observation has many metaphorical representations. I think that this journey can still resonate with audiences today as so many young people are still trying to find out who they are and what is their purpose.

Being an adaptation, don't worry about gender. Cast the play color and gender blind and have fun artistically representing the characters. This is a great piece to flex your creative muscle and practice trusting in stagecraft and theatricality.