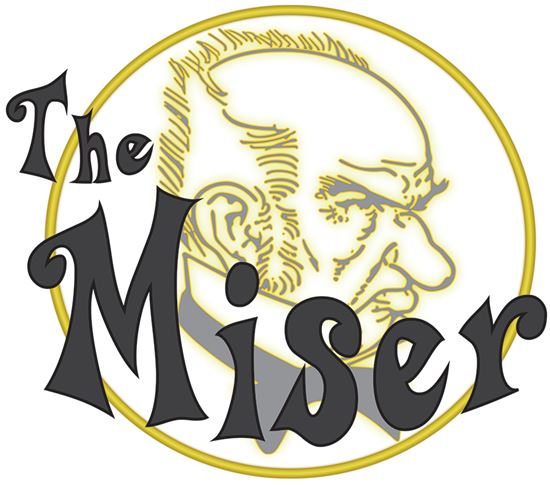 Monsieur Harpagon is a miser, through and through. Although he has his beloved treasure buried in the garden to protect it from thieves, he abhors waste such as warmth and food! He tells his children, Elise and Cleante, they may only marry with his consent, and he looks for spouses for both of them with the help of Madame Frosine, a matchmaker. She quickly finds a future spouse for everyone, including Monsieur Harpagon. Little does he know Cleante has fallen for Marianne, who Harpagon himself plans to marry, and Elise has fallen for the penniless Valere. The tables are quickly turned when Valere and Cleante hide his beloved treasure and true identities are revealed. This condensed adaptation of Molière's "L’Avare" runs about 1 hour.

A: I have always admired how Moliere characterized with humor - human failings. W.S.Gilbert could do this too. A great deal of wisdom can be expressed with wit. Solomon put this better than I have. This adaptation follows the main drift of the play: Harpagon's greed and the effect this has on his unhappy children.

A: One of my favorite lines in the play Harpagon’s response to a question his son asks. Upon returning from the garden to chase some imaginary robbers, Cleante asks "Why didn't you follow their footprints in the snow?" Harpagon replies, "There were none. They're a clever lot, but they don't fool me."

Q: TELL US ABOUT THE CHARACTERS

A: Of all the characters in the play, I don't want to say I identify with Monsieur Harpagon, but I will admit he's interesting company. He has to be admired because he is so true to his greedy, grasping, nasty self. I am certain I have encountered his twin at sometime in my life, but I will never admit it in print.