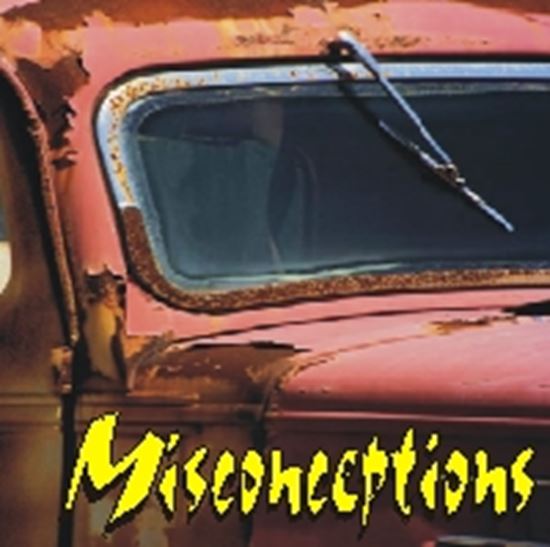 Two sisters, Claire and Dora, are opposites when it comes to just about everything, and this night is no exception. Claire has spent her day at a funeral, while Dora has been at a wedding. But while Dora complains of not being able to meet anyone at the wedding, Claire admits to running into an old fling, Peter, at the funeral. The two sisters are in the middle of a fight when Peter calls and says he must see Claire right away. Claire hurries to get ready for his arrival when their eccentric mother unexpectedly arrives ready to cook a roast. The two sisters begin announcing each other's faults to their mother. Dora announces that Claire is pregnant, but instead of denying the lie, Claire says it's true in an attempt to outdo her gregarious sister. Then when Peter arrives, the mother assumes he is the father. The layers of lies, misconceptions, and coincidences finally explode to reveal comic and tender truths.

A: When I wrote "Misconceptions," I was reading a lot of Neil Simon. But the humor I find really funny is a bit more absurd and dry. The plays of Bart Taylor, for instance, have had a big influence on me, and I am constantly reading his work. I like the idea of taking serious situations and making them funny, or taking funny situations and making them serious. So basically, I wanted to write a play in the style of Simon but with a more absurd Taylorish side.

A: I like the line Dora says in response to her sister Claire after Claire accuses her of stabbing her in the back. Dora says, "Please, I stab in the front." It's one of the first lines I imagined her saying. I also like the part when Peter and the mother meet for the first time and manage to completely misunderstand one another for several minutes, each taking the other's words to mean something entirely different. I love humor that results from misunderstanding or when characters lie and then are forced to live that lie. It's very funny to watch people lie, especially if it is gratuitous, when you know the truth. For instance, if you knew that I have never read anything by a writer named Bart Taylor and that I completely made him up in order to look smart and well read, then my response to the first question is funny instead of boring and pretentious.