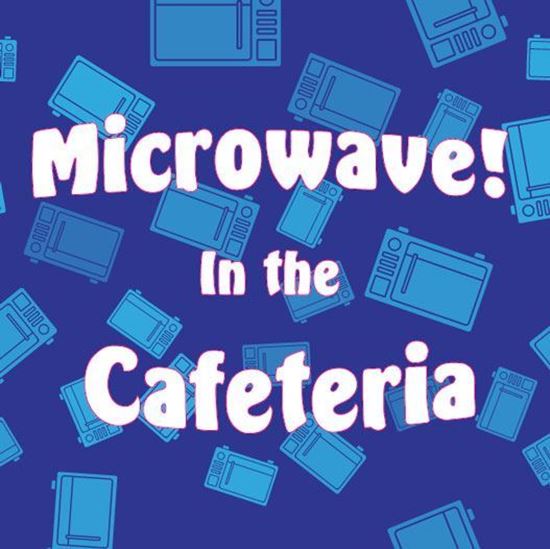 It appeared without warning on a Monday, its origins shrouded in mystery. A week later, it had vanished without a trace. But across the days between, it changed cafeteria life in ways that no one could have imagined. It was a microwave oven, so ancient and decrepit that some believed it to have come from an Egyptian pyramid. Now, in a series of hilarious monologues suitable for stage or online presentation by a gender-flexible cast of 1 to 18 performers …its story will finally be told.

My school has a broadcasting class that does a news show. Whenever there’s a new episode, an email containing a promo blurb is sent out to the school. One email had a blurb that read, “On Episode 10, we get perspectives on dual enrollment classes and the new microwaves in the cafeteria.”  Now, I believe the word “perspectives” was really intended to apply to the dual enrollment classes rather than the microwaves, as the microwave segment was really more informational in nature.  Nonetheless, the notion of “perspectives on the new microwaves in the cafeteria” got me thinking. Could a new microwave in a school cafeteria generate a wide variety of differing perspectives? Could it be controversial? How and why? What might that story be like, and what could I do with it?

In addition, the actual broadcast segment featured an interview with the teacher who suggested cafeteria microwaves for student use, but she herself wasn’t sure where the new microwaves had come from, and she thought they might have been donated. So there was a bit of mystery behind them, and that made its way into the play as well.

What’s your favorite part or line in the play?  Why?

There’s a bit where a brownie in the microwave catches fire, but the kid heating the brownie doesn’t turn off the oven, and the person in line behind him just stands there wondering why the first kid’s not doing anything about the fire. I think it’s hilarious because both of them know there’s a problem, but neither one acts because they’re both too wrapped up in overthinking what’s going on.

Where do the characters come from?  Are they based on people you know?

I don’t know any of these people! And I hope you don’t, either, because most of them are more than a little…eccentric.

In particular, the cafeteria workers at my school (and I imagine at many schools) are downright heroic in their dedication to feeding kids, and they are nothing at all like the cafeteria staff in this play!

To tell a narrative story through a series of monologues that all come from different characters. I’d never attempted anything like that before. (And I’m really happy with how it turned out!)

I started writing this in mid-February 2020 and finished the first draft about three weeks later. Coronavirus was in the news, but it certainly had not crossed my mind that there might soon be widespread school shutdowns, and that many schools would not fully reopen the following fall. I wasn’t initially thinking of “Microwave! In the Cafeteria” as an online play, but as the pandemic developed, it occurred to me pretty quickly that because this show is composed entirely of monologues, it would work equally well on stage or in a virtual format, and I kept that in mind as I made later revisions. Given the challenges of our new normal, I’m pleased that I can offer schools a light-hearted script that has so much flexibility in terms of both casting and how it can be performed.