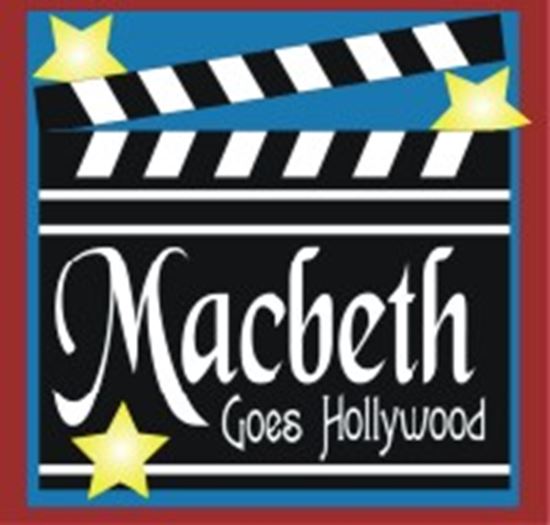 Shakespeare's agent options his script "Macbeth" to a Hollywood producer who wants a "few" changes to make the play more contemporary. The trouble is the producer isn't sure what changes exactly should be made. Soon Shakespeare is casting the poor witches alternately as country singers, rappers, and punk rockers, while Macbeth and Lady Macbeth perform their lines as gangsters, farmers and Goths. A member of the audience is even pulled onstage at one point to help Macbeth rehearse a murder scene. If that's not bad enough, the final showdown between Macbeth and Macduff is revised and becomes a scene straight from a Western! The agent says the script doesn't matter, it's just the concept, and all part of the process of "goin' Hollywood." But after this, will the great Bard ever be the same?

A. I love Shakespeare and love fooling around with different ways to write take-offs that might help introduce his work to people who might think he's some stuffy old historical figure. Of all Shakespeare's characters, I think I love the witches from "Macbeth" the most. They're dark, they're mysterious and it's an easy way to beef up the number of female characters. Scripts aimed for the school market, and sometimes community theatre as well, need to have about a 2-to-1 female-to-male ratio. Originally, I was trying to write a five-minute script involving the witches and a modern re-write of "Macbeth." That turned out so well I ended up expanding it to an entire script.

A: I'm not sure I have a favorite line. I love the different songs the witches do in the opening scene. But I also liked the gimmick here of all the costume changes. I think it will be very challenging and, I hope, fun for someone to stage because of that.

A: Oh, the witches, absolutely. Lady Macbeth is great here, too, but with the witches, you get triple the fun.

A: I wanted something fun on the surface, but also something that would introduce Shakespeare to a non-Shakespeare audience in a non-threatening way. The Bard's themes and plot lines are really universal; people just get turned off because it's treated so seriously -- and sometimes the language is a barrier. It shouldn't be, but that's how it's often perceived. So this is designed to tear down all that. It's generally, sorta, superficially the same plot as the real "Macbeth," just dressed up (or down) with rap songs and a zillion costume changes.

A: If you produce this, let me know if it turns out to be as much fun as I think it will be.