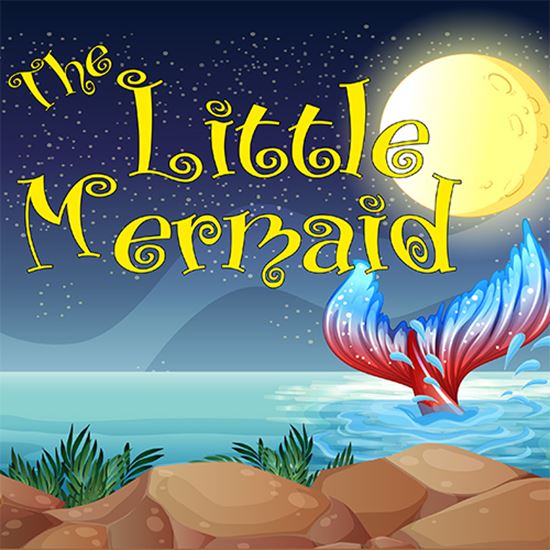 Kira, the little mermaid, longs to see life on the surface. When she realizes her overprotective father will only show her a deserted island and has promised her hand in marriage to nerdy Duke Dorsal, she takes matters into her own hands. She sings for the Sea Witch who takes her voice, with the knowledge that she must win the heart of a human or be turned into sea foam. While on land, she saves the prince who falls for her cousin, and finds true love in the end. Jellyfish telling knock-knock jokes, a kingdom with a yoga instructor, a magical triton that can detect the truth, and an abundance of hats for switching roles quickly add color and hilarity to this adaptation of the beloved tale by Hans Christian Andersen.

A.: I was asked by the Canyon Theatre Guild to write and direct new twist on the classic Hans Christian Andersen fairy tale. I had been interested in plays such as "The 39 Steps" and "Peter and the Starcatcher," and I anxious to create my own story that would challenge actors in a fun, creative way.

A.: It's definitely the scene with the Jellyfish knock-knock joke.

A.: Deciding how to bring my own special twist to a story that has been told many times before. The play unlocked itself when I invented an old washer woman who wanted to tell a fairy tale to her grand-niece.

A.: I wanted to show how storytelling is a form of magic. The "Kid" character enters the fairy tale because she taps into her imagination. It's a journey we can all take, if we allow ourselves.

A.: I'd like to thank the original cast and crew of "The Little Mermaid." I wrote several drafts of this play, but the story truly came to life thanks to their dedication, patience, and artistry. And to all future casts and crews, have a great time. Break a leg, make some laughter, and mend some hearts!