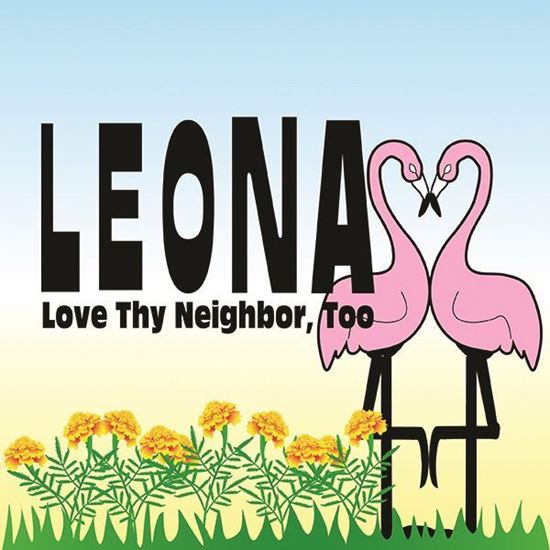 Leona, Love Thy Neighbor, Too

Champion marigold horticulturist, neighborhood snoop, and generally nasty human being Leona Crump is back! Nine years earlier, she was tricked into selling her home and nearly ousted from her neighborhood as the result of an elaborate charade instigated by her friends and foes. But now, finally, her old house is on the market, and Leona is determined to move back home. Unfortunately, the real estate agent has been instructed to never sell the house back to Leona. Reluctantly, Leona partners with her estranged sister Francine (who has her own agenda), and the two of them pounce on the opportunity of a decade. But just as Leona begins to enjoy the fruits of her victory, Albert, her ex-husband, shows up and, with the help of neighbors Judy and Paul and their six children, they turn Leona’s world inside out. Determined to again reign as queen of the cul-de-sac, Leona brazenly plots to choose replacement neighbors that will fit her idea of utopia. That is, until a reformed mafia family shows up wanting to buy Leona’s house. Suspecting yet another charade and conspiracy, Leona goes off the deep end leading everyone to wonder: Is she really the neighborhood witch, or just slightly, but hilariously, misunderstood?

Meet Leona and friends in “Love Thy Neighbor,” the original play by Gary Ray Stapp.

LEONA, LOVE THY NEIGHBOR, TOO:

A: Shortly after I wrote "Love Thy Neighbor," my wife, Kim, told me I needed to write a sequel, her feeling was that Leona had a lot more to say. Who was I to argue? And Kim was right, Leona did have another story. I just took me 12 years to get Leona back in my head and talking to me again.

A: The childbirth scene. I had my own fun "birthing" that scene in my mind, hearing and seeing in my imagination the hilarity of the situation being handled by those specific characters.

A: No, no, no, no, no! (Not that I will admit, anyway!) Not based on anyone I know ... buuuut, I have been accused of modeling Rose after a dear real estate agent I have known for years.

A: In a way, I wanted to bring some closure to "Love Thy Neighbor." And in doing so, I wanted to reveal things in Leona's past that explained why she is the way she is, and in the end show that Leona is very much a loving human being.

A: Interestingly, I really had no conscious idea of what the story line of a sequel to "Love Thy Neighbor" should be. Until I had a dream, and within my subconscious I apparently developed the perfect scenario. When I woke up, I immediately had to make notes from that dream that probably only lasted a few minutes. Obviously I embellished -- a little.