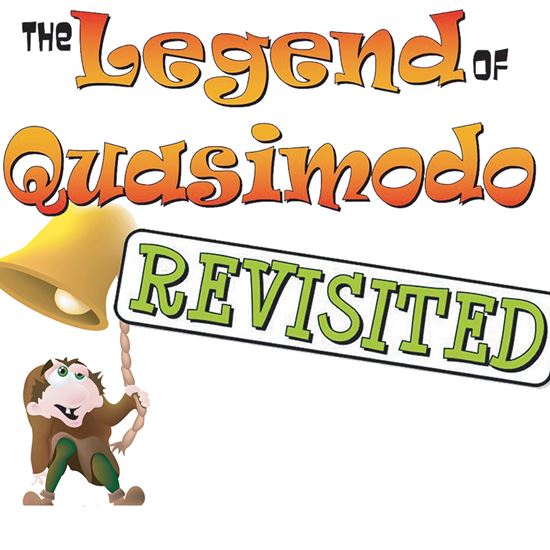 As the title implies, this fast-paced, lighthearted adaptation takes a few liberties with the original text and focuses on one adventurous day in the life of fiction’s most unfortunate fellow. Here, Quasimodo is meant to be adored, not feared, while his villainous master Frollo sports a bad toupee. The handsome war hero Phoebus is easily outwitted (and charmed) by the feisty gypsy Esmeralda, and the city is patrolled by the 15th century’s version of the Keystone Kops. Nothing and no one is taken too seriously. But beneath the humor is a timeless moral core with lessons in cultural tolerance, triumph over adversity and the value of friendship. Emphasis is placed on dialogue and action rather than scenery and costumes, which should be kept simple and somewhat campy. Breaking the fourth wall is encouraged, even where it is not expressly denoted. About 90 minutes with an intermission.

PLAYWRIGHT STEPHANIE A. YOUNGMAN TALKS ABOUT

“THE LEGEND OF QUASIMODO, REVISITED”

A: I was raised on Mel Brooks, Gilda Radner, Woody Allen and the Keystone Kops (my dad loved silent films) so in a way “The Legend of Quasimodo, Revisited” is my homage to the comedians that have inspired me as a writer. But it was a brilliantly satirized sketch of The Hunchback of Notre Dame on “The Carol Burnett Show” (featuring Carol herself as Esmeralda and Harvey Korman as Quasimodo) that made me see how the darkness and melodrama of Victor Hugo’s novel made it an easy target for parody.

A: Quasimodo’s line, “It’s not a beauty mark, you know.” I have a lot of favorite lines, but when Quasimodo says this in the opening scene of the play we immediately know how he sees himself despite how others have judged him all his life by his appearance. It’s just one of the many ways Quasimodo endears himself to us. My favorite scene would have to be the silent film chase. I first envisioned it as a pretext to efficiently change the set and elapse time, but then it blossomed into a wonderful showcase for the guards and received spontaneous applause every time.

A: I knew there were numerous adaptations of “The Hunchback of Notre Dame” so to make mine unique and relevant was the most challenging part. I also knew I couldn’t lose focus of the play’s important messages beneath the slapstick and whimsy, but once I decided that my Quasimodo would be more astute than most of the people around him it was easy to have fun with the other characters. For instance, much of the four nuns’ dialogue was excerpted from the novel but by having the nuns performed mostly by men it became, as Monty Python would say, something completely different.

A: My goal was to take Quasimodo out of the darkness and put him in the limelight, not as a creature but as a hero, someone to admire and even adore. I also wanted to create an experience that was as enjoyable for the actors to perform as it was for the children and their often-neglected parents in the audience to watch.

A: I think music is an important element in this play – most of the classical music and standards I used in my productions were in the public domain. However, I did throw in a few modern twists – like in Scene 2 my Esmeralda danced to a karaoke version of Cher’s “Dark Lady.”