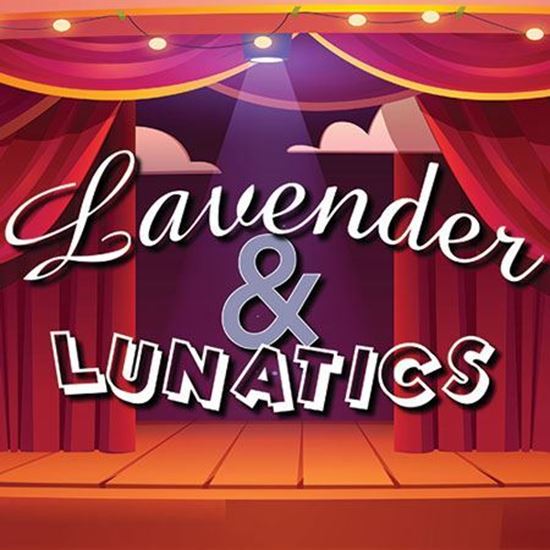 Lorelei Lavender is staging a production of A Midsummer Night’s Dream, but unknown to her, a couple of would-be bank robbers are hiding out in her theatre and have become part of the cast. On top of that she has to deal with backstage drama, divorced movie stars, loan payments, and a tough-guy cop who keeps stopping rehearsals. Designed to work on a bare stage, much of the action plays in the house and is best staged to use all entrances from backstage to light booth. Costumes are modern with rehearsal pieces added throughout the course of the show, if desired. The script also allows for the introduction of Shakespeare as several scenes are played in rehearsal, but audiences and actors are not committed to a full-blown Shakespearean production.

A: My students and I were discussing the possibility of doing “A Midsummer Night’s Dream.” The students really wanted to do it, and mostly because of the Pyramus and Thisbe scenes.  I wanted to do a show about backstage drama. We then decided we could put them both together. As I worked on the script, I realized that the entire theatre could be our stage and so it was written to take advantage of everything from the lobby to the light booth with a lot of scenes in the house.  As we worked on it, it became lots of fun to try and duplicate the way rehearsals feel with actors sitting in the house watching other actors until it was their turn on stage.

A: I love the opening and closing moments.  I love the empty, dark stage with only the ghost light at the center in the beginning. The audience doesn’t know what’s happening, and then Vince & Valerie show up through the front doors, just like the audience did. The house lights come on because Vince turns them on, and the show starts but the stage is still empty. At the end, it reverses, so that Oberon, Titania and Puck enter in full costume and makeup with full stage lighting and suddenly the show starts…although it’s the finale. I loved watching both of those moments every single night of rehearsal and performance.

Q: Where do the characters come from? Are they based on people you know?

A: Having been involved in theatre for more than 40 years, it seems like I would have plenty of people to base those characters on, but really, I think they’re more standard theatre types.  The prima donna superstars on their way down, the sweet old optimistic lady, the realistic stage manager, the guy who finds himself hilarious, the young lovers who can’t separate the onstage and offstage dramas from each other, but the most important character in the show is the theatre itself.  The characters keep talking about the space as if it’s a member of the company, and I think theatre people are like that. Our performing space becomes more than home, it becomes a member of the team.

A: I wanted the audience to feel like they were seeing the process of the show from beginning to the end.  It goes from an empty theatre to a full production. You see early rehearsals where characters are struggling to learn lines to later rehearsals where they know what’s going on.  Everyone starts in street clothes but as you go through the show, they move through rehearsal pieces to actual costumes/costume pieces. We tried to echo that with the lighting, which was a basic wash in the beginning but became more and more theatrical as we went through the show.  I really enjoyed watching that process unfold every night.

Q: Anything else you'd like to say about it?

A: We had so much fun with this script.  I think the more it’s set free and blocked around the entire theatre space (especially the house) the more powerful the script feels.  Also, when the show is set up to start with the feel of early rehearsals and then moves on to a full production by the end, I think it also gains in power and energy.  We also played our characters as no real bad guys (with the exception of Sheridan who was very much a cartoon villain).  I think it is very important to play all the characters with sympathy from the prima donnas to the clown, and after all, each of them becomes very important to the show. It takes all types to put on a good show.  In the end, I think this script is more like a love letter to our theatre space itself, and to all the crazy people who live there. Perform the script with fondness for actors and theatre, and you’ll be rewarded.