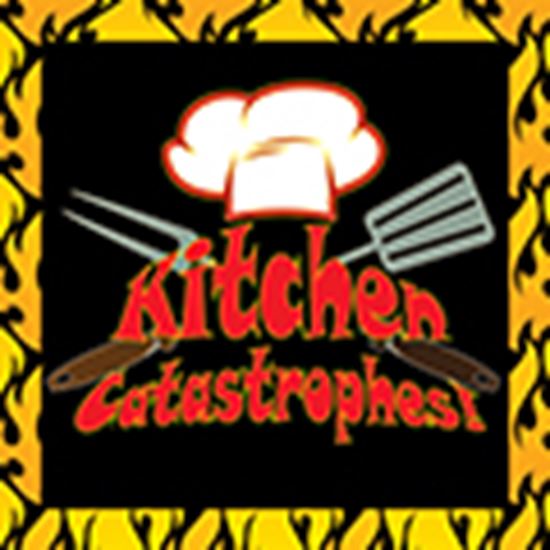 Mayhem is on the menu when celebrity Chef Guy Stagsly and his outrageous reality show Kitchen Catastrophes! visit French restaurant Chez Jacques. While Guy and his crew bring in cockroaches and rats, conduct building renovations, and stage a rigged cooking competition, the employees strive to carry on. There’s Julie, the level-headed restaurant manager; Jacques, the temperamental chef; and Mickey, the loyal and ambitious dishwasher. Not to be forgotten, there’s also Olive, a shy trainee who needs a lot of supervision. They’re not only struggling to impress roving food critics, but the stoic health inspector who has dropped in unexpectedly as well! Enjoy a palatable plateful of laughter and surprises with this delightfully delicious production! This one-act comedy runs about an hour.

A: This play was inspired by my guilty pleasure – reality television. Though I enjoy restaurant make-over shows, I have noticed that they often have the same format. The famous chef arrives at the restaurant, meets the eccentric staff, discovers that the kitchen is dirty and the food is disgusting, and then proceeds to fix everything, seemingly overnight. I began to wonder how much of the program was staged, and I especially liked the idea that if the kitchen was too clean, the television crew might need to bring in boxes of things like maggots and cockroaches to dirty things up a bit. It also occurred to me that it would be terrible for a restaurant to be tricked into participating in such a program, and so the premise of the play was born.

A: One of my favorite lines in the play, which gets tremendous laughter from the audience when it is delivered onstage, occurs when Mr. Fullsome is looking for his pretentious wife and is informed by a waitress that she is on her way inside. He then encounters the flamboyant interior designer Natalia, who is performing a ceremonial dance to cleanse the aura of the restaurant. She dances around him, accompanied by New-Age music, and then glides off, leaving him to deadpan, “That was definitely not my wife.”

A: I had the idea for this play for years, and I finally decided that the only way I was going to sit down and write it was if I had a deadline. So, I announced the play at the school where I work and asked all interested students to sign up. Once I knew who was going to participate, I wrote the play with those cast members in mind. This really motivated me to create fun, creative characters who all have special moments onstage, as I didn’t want to disappoint anyone with a mediocre part!

A: In my writing, I always try to create work that will be just as fun to perform as it is to watch. The original cast and I laughed a lot during the rehearsal process for this play as we brought the wacky action and characters to life and we certainly enjoyed the positive audience reaction we received during the performances. I’m also proud that this play has a positive tone and is appropriate for all ages to perform and watch.

A: Although the play is set in a restaurant kitchen, no food actually needs to be prepared onstage. However, it is a perfect play for dinner theatre!