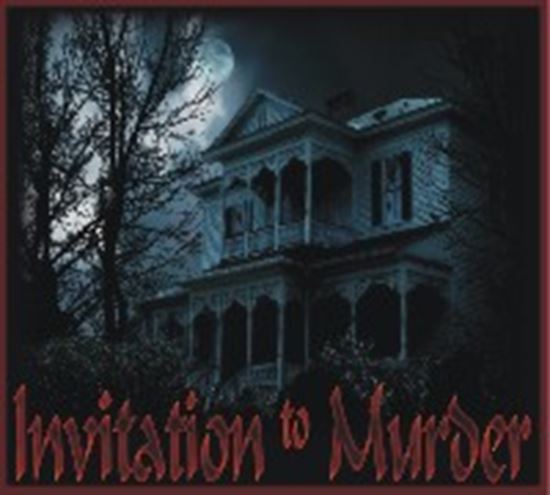 Lord and Lady Lexington have picked a rather beastly night to throw a haunted house party in their newly acquired home, Foxworth Manor. Oddly, the guest list appears to be made up of disparate and desperate strangers. There's the pretty secretary, the acerbic gossip columnist, the local physician, the flighty real-estate agent and a handsome, but somewhat surly young man. Foxworth Manor has a tragic history, and this evening will prove to be no exception. As the storm rages on outside, the guests suddenly discover that not everyone is quite the stranger they appear to be...and more than one of them may have murder in mind. This single-set, easy-to-produce play provides enough laughs and chills for a full evening.

TALKS ABOUT "INVITATION TO MURDER"

A: I have always wanted to write a murder mystery. My first attempt (in junior high) was a disaster. I tried again, sort of, with CHEERIO, Y'ALL!, because I could fall back on the fact that it really was a melodrama. But that only made me want to write a real murder-mystery even more. I recently bought the CLUE computer game (my favorite game as a child) and the penny dropped. The first idea was to gather some people and hand out the various weapons; then I needed to figure out why the people were being gathered and who the people were. After that, everything fell into place.

A: My favorite line (you can tell because I repeat it twice!) is "It's just like that game!" "Sorry?"

"No, the other game!" I thought it was a funny reference to the inspiration for the play.

A: When I start a play, the first thing I do is try to think of who is necessary for the play, why would they be there and something odd or funny about them. I think there is a little of me in a lot of my characters. Many of the names in this play (Leslie, Kevin, Ella) are people who have been a part of my life in the theater in the past.

A: My goal with this play, as with most of my plays, was to entertain. I like to write plays that are fun to do, fun to watch and fun to write!

A: I really did not know how this play was going to end until I got there. There were several different ways that I thought the play was going to end ... with Ella and Tony killing Fredrick, with Tony and Ella both dying and Fredrick driven out of the house by the real Foxworth ghosts. I think this ending makes the most sense and is the most fun.