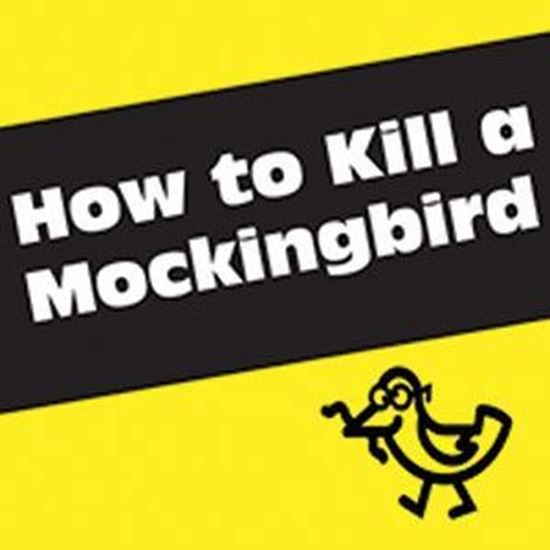 How to Kill a Mockingbird

Five less-than-stellar students meet to work on their group English project. Their assigned reading: Harper Lee’s "To Kill a Mockingbird." Unfortunately, not one of the five has actually read the book. In fact, nobody even brought a copy of the book along. Worst of all, they’re not exactly sure what the title of the book even is! Thus begins a hilarious series of guesses and assumptions which culminate in a massive conspiracy theory about the book and the true threat of mockingbirds!

“How to Kill a Mockingbird”

Q:WHAT'S YOUR FAVORITE PART OR LINE IN THE PLAY?

A: I’m rather partial to the moment where Dusty, who is attempting to immerse himself in what he supposes to be the taunt-obsessed mindset of a mockingbird, insults the waiter/waitress of the coffee shop where the kids are meeting. I was very proud of those insults, particularly the one I hatched to be used against a male waiter.

A: In the beginning, it was just five teenagers, none of whom were particularly smart. One of them was sort of conscientious about doing school work and one had a very assertive personality, but aside from that, they were entirely too similar to one another. So in the course of revising the play (this script went through a lot of revision), I attempted to make the characters more distinct. The conscientious one became fairly smart, but burdened by a job that takes up most of her time and energy, and prevents her from doing her homework. One student is driven by on an obsessive interest in video games. One is well-meaning, but dumb as a rock. One is flat-out lazy. The personality types were determined by what I figured I needed in a group of teenagers who would plausibly go along with the notion that they’d been assigned a book about how to kill mockingbirds for their English class.

A: I just set out to create a fun show, and I think I succeeded. The audience at the premiere had a good time, and the kids performing the play seemed to enjoy themselves, despite the insanely tight production schedule (about a week and a half!) imposed on us by the winter weather.