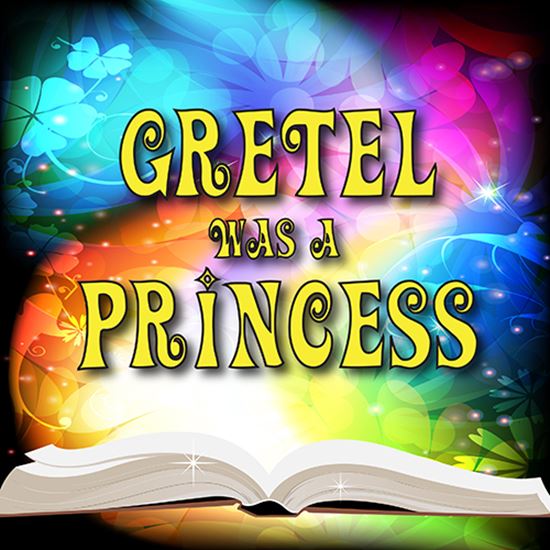 The drama club members assemble to perform “The Complete Brothers Grimm Fairy Tales,” but realize there isn’t enough time to do the whole collection and still eat the cookies waiting in the lobby for after the show. The actors condense the tome down to their favorite parts, mixing, matching and mashing up characters, while a clever casting director challenges stereotypes to meet the demand for princess roles among the girls in the company. With the help of a group of musician-dwarfs to play and punctuate the story, the characters head out on a quest to find the king’s missing son, the Frog Prince, and win the reward of their dreams. When the delivery of a kiss transforms the frog back to his true, princely self, everyone is surprised except Gretel, who always knew she was a princess. This show is intended for upper-elementary and junior high student performers, and borrows from British pantomime conventions including music, the use of a narrator, frequent interaction with the audience, and creative interpretations of familiar characters. About 35 minutes. Also available #8539 - Optional sheet music.

GRETEL WAS A PRINCESS

A: The answer is actually in the opening scenes: We had an evening event planned for our 4th and 5th grade families at the school where I teach drama and I decided to write a play for it. The older children wanted to do a fairy tale from the Brothers Grimm using all of their favorite characters, so I wrote something that could mash them all up and also include our 4th graders as musicians.

Q: WHAT’S YOUR FAVORITE PART OR LINE IN THE PLAY?

A: I don’t have a favorite character, but I love that the Woodsman carries a cardboard axe as though it is a very threatening weapon and keeps saying, “Don’t make me use this,” throughout the play.

A: I made a list of characters from various Grimm fairy tales and let the kids decide which parts they wanted. Since many of the girls really did want to be a princess, I included that in the script. It was fun to play with that princess fascination and give it a progressive and contemporary twist.

A: Since this play was written for a group of students who had mostly never acted before, the most important thing was to create an opportunity for them to have a successful performance experience and fall in love with theatre. I think this script is straight up fun, with plenty of opportunity for creative and confident young actors to ham it up and shine while also supporting children who are anxious about memorizing lines or remembering entrances. It’s a great ensemble piece.