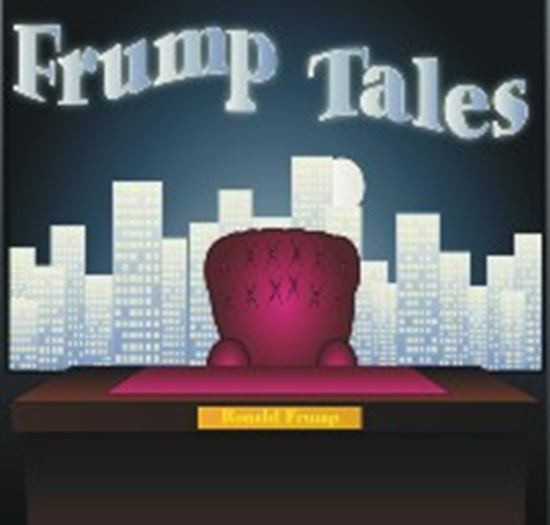 Mega-millionaire Ronald Frump (known as "The Ronald"), a tough businessman, has purchased a company called All the Fairy Tales in the World, Inc., and it isn't making a profit. With the assistance of his loyal (and wimpy) secretary, Miss Filposh, he brings in a group of recent college graduates to try and spice up the story of "Little Red Riding Hood." The graduates use "Macbeth" as the basis of their version and arrive at "Macwolf." Unfortunately Little Red, now a tough Jersey girl, isn't afraid of anything, and the tale falls flat. Next, Frump brings in a group of unconventional entrepreneurs, who try and spice up the story of "Cinderella" using characters from Edgar Allen Poe. Cinderella is now a Goth girl, and the ball is a scene from "The Masque of the Red Death." Finally, Frump brings in the directors of Barbucks Coffee and their CEO to tell the story of the "The Three Billy Goats Gruff" from a business standpoint. Frump likes the business version of the fairy tale, but his company falls victim to a hostile takeover and he now has a new set of worries! One act.

A.: Wanton capitalism (a la Donald Trump) and pure silliness.

A.: I love Little Red Riding Hood as a Jersey girl, Big Bad Wolf as a character from a Shakespeare tragedy, Cinderella as a slacker, and the Billy Goats Gruff as a slightly dysfunctional suburban family. I think they work better that way.

A.: They come from the anguished and nightmarish imagination of a writer haunted by grief and melancholy. No! Wait a minute! That's Edgar Allan Poe! Wrong writer! The characters in this play come from the Grimm Brothers, who brought us tales of unrelenting cruelty we're supposed to read to children, and from the conceptions and misconceptions we have of wealthy capitalists. I don't know any of these characters personally, but I think I would like them all, especially Cinderella.

A.: A Pulitzer Prize or a New York Drama Critics Award. If that doesn't work out, then I want audiences to laugh so hard they fall out of their seats, and I want the actors to remember "Frump Tales" as great experience.

A.: It's the greatest work for the theater since Samuel Beckett's "Waiting for Godot"! A bold and original statement of existential anguish! ... Actually, it's not. But it's a lot more fun than "Waiting for Godot."