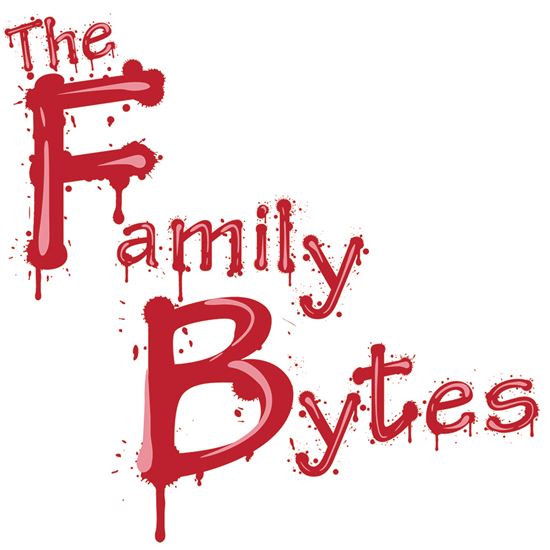 Two inept detectives, Cagney and Lacey, have been put in charge of protecting an unusual family at a safe house until the mother, Elvira Bytes, can testify against a ruthless crime mob. The police are unaware, however, that Elvira, her husband Barnabas, and their three kids are vampires! The parents are trying to change the family ways but it isn’t easy with sarcastic teenage daughter, Scarlett, who uses a voodoo doll, and teenage son, Jason, who thinks he is also a werewolf. Only the youngest daughter, Raven, wants to be normal. When she brings home a new friend, Cagney and Lacey go on high alert, which isn’t easy for the two detectives who are not the brightest bulbs on the force. Is this new friend an associate of mob bosses Lucky Lucy and the germ-a-phobic Minnie the Mouth? Will two arrogant hotshot cops, Starsky and Hutch, have to step in to help? Sink your teeth into this comedy for an evening of non-stop fun!

Q: What prompted you to write this play?

A: I was inspired by all the interest in today's vampire movies and TV shows.

Q: What is your favorite part or line in the play?

A: .My favorite line is when Barnabas opens his cape wide and speaks with a thick Transylvanian accent to Minnie and Lucy and says, "Look into my eyes." I was raised watching old school vampire movies with capes, bats, castles and bad accents.

Q: Tell us a about the characters.

A: Barnabas and Elvira are based on characters I grew up with on the Adams Family, Gomez and Morticia. I thought it would be humorous to have television characters such as Cagney, Lacey, Kojak, Starsky and Hutch as the cops in charge. Scarlett is your typical rebellious teenager with the exception that she is a vampire who dabbles in voodoo while her sister Raven just wants to be normal. One of my favorite characters is the son Jason who has been affected by the "Twilight" movies to the extent that he believes he is a werewolf.

A: I thought putting a comedic twist on vampires would be a nice change, and according to my students they loved the idea.