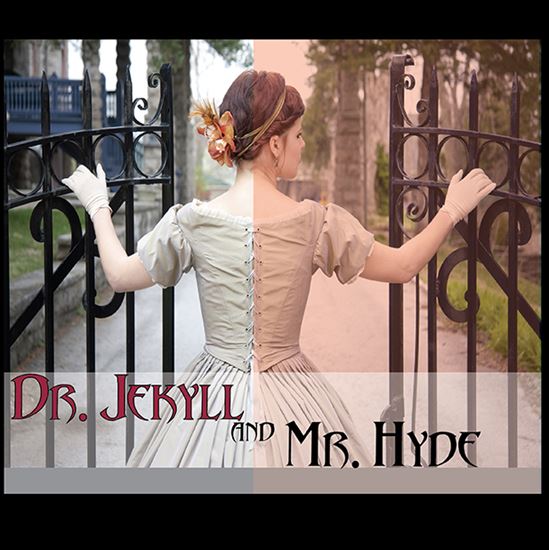 Based on the classic story by Robert Louis Stevenson, Dr. Jekyll is back for a second year of teaching science at Devon Academy after leaving his position as head of surgery at Guy’s Hospital under mysterious circumstances. He continues with his private research at the school, enlisting Head Girl Jackie Utterson as a lab assistant. Frightening things begin to happen, beginning with an attack on a student who was sneaking off the school grounds. Utterson is dismayed to find that another person is also assisting in the lab— the terrifying Mr. Hyde. When beloved school trustee Lord Carew is murdered, the school suspends all classes until the safety of the students can be secured. It is Head Girl Utterson and her best friend Michelle Enfield who discover the truth: that the brilliant Dr. Jekyll is the same man as the inhuman Mr. Hyde. The cast features an array of lively students and teachers, including the spoiled Hilary Carton, homesick Lottie, dear Dr. Lanyon, the lovely Miss Latimer, the ancient etiquette teachers Miss Livingston and Ms. Livingston, the bombastic Mr. Wister, and the humorless Miss Hatchet. About 90 minutes with intermission.

Q: What inspired you to write this adaptation?

Dr. Jekyll & Mr. Hyde began as an eighth grade project for Sacred Heart Model School, a K-8 Catholic Elementary school in Louisville, Ky. That year it was to be “Dr. Jekyll & Mr. Hyde.” Because I am a playwright, I like to work with students to create original theater. I helped them write their adaptation of the classic novella instead of using an existing script. We took a conventional approach for the first homeroom, adapting it as it was written by Robert Louis Stevenson. It’s a very difficult story to dramatize as it is written as conversations, flashbacks and letters revealing what the truth. There is very little action and there are very few characters, all of which are male. This makes it tough for a school that has more girls than boys! For the second production, I decided to take an unconventional approach and set the action in an all girls’ boarding school in Great Britain. This helped solve several problems- it increased the number of roles for girls, it made the story more compelling to our audience, and we could use the school uniforms for some of our costumes. A couple of years after that first incarnation, Dr. Anna Jo Paul, Executive Director of Sacred Heart School for the Arts, included it as a mainstage offering for our after school Youth Drama program for middle school students from all over Louisville. I rewrote the play specifically for those young actors, many of whom I had worked with for years. It was a blast creating roles for my company- they inspired some wonderful characters. And when an actor joined our cast later in the process, I rewrote and added another character- creating the bombastic Mr. Wister just for him, and now I can’t imagine the play without him!

I have several favorite parts in the play. The Misses Livingstons cracked us up every rehearsal with their demur ladylike manners, especially when they try to decline a glass of sherry: "Our utter downfall!" And this little bit with the bombastic Mr. Wister: "Good afternoon Miss Livingston, Ms. Livingston. If you are finished finishing these young ladies, polishing them until they sparkle, I'll escort them back in time. The battle of Marathon awaits them." And Dear Lord Carew, right before he meets his end: "While you are in there, would it be possible to find some brandy? I'm already breaking curfew, I might as well see if I can get expelled."

I also loved the two transformation scenes. In the first it is a stunning theatrical moment when Dr. Jekyll looks into the mirror and his reflection turns into that of Mr. Hyde. In the second, Mr. Hyde falls to his knees behind the sofa, only a hand visible holding onto the top. The hand of Dr. Jekyll reaches up on the other side and for a moment before he stands you see these two hands- in our production, one hand was black, the other white. It was very cool.

Mining the original novella for the dramatic arc of the action was the most challenging. It’s written as conversations about things that the characters noticed and experienced in the past, and in found letters explaining or confessing what happened- but very little actually happens!

I wanted to create something that was an absolute blast to perform and to see. Something scary, funny and smart. I wanted to make sure that every role in the play was a juicy plum for my young actors to sink their teeth into.