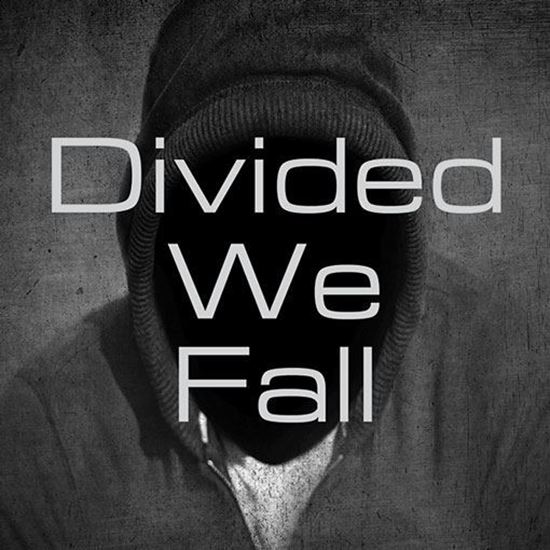 Everyone has some burden, but shared pain is always easier to bear. This monologue-based play is sure to strike the hearts of teens, showing them that any frustration, embarrassment, loneliness, and grief they are experiencing is not limited to them alone. Some major issues within the dozen monologues include a girl’s concern about her body image, a boy who feels smothered by his girlfriend, a girl who runs to escape her home life, and a boy who feels guilty after failing to defend someone who needed help. Each actor, while wearing a hooded sweatshirt that symbolically confines him in his own world, remains onstage the entire time, occasionally serving as a member of the chorus, thus an integral part of a true ensemble piece. The play will help remind students that although they may think they are all alone there is, in reality, love and support all around.

The Story Behind "Divided We Fall"

For quite some time I've wanted to write about the struggles that we all must deal with in life and how isolated we can feel. But oftentimes if we just have the courage to open up and others have the courage to be receptive, we find that we are not alone. My friend Aaron Marcus, who works for a great local organization called The Mountain Crisis Center, asked me if I would be interested in creating a show about the problems teenagers face focused on teen dating violence and prevention. Aaron heads up a Project Respect program for our local schools and this play would be one more way to reach out to the students.

Over the course of four days in the summer of 2012 I wrote out all the different scenarios that I had either dealt with or witnessed back when I was in high school and college. I didn't want to write about any of my own students, so I reached back into the past and was inspired by moments. A memory. A tone. An angry word or uncomfortable feeling. Then I started writing. The characters and the situations are fictional, but the voices are real. They are from my teenage years and so this was an especially difficult piece to write. Each morning after my wife left for work, I'd sit down with my laptop, take a sip of coffee, and enter the emotional boxing ring. Four days later, "Divided We Fall" was complete.

These pieces are very personal to me, the kind of writing exercises I don't usually share with anyone else, but as the play started to form, I saw that there was a light at the end of the tunnel. There was a message to "Divided We Fall" that, along with a support system, gave students an invitation to open up and talk. At first I didn't want to write this play; those of you who know my work know that I primarily write comedy. But something happened during the 2012 school year that made me feel that I had to write it.

A couple of months before Aaron approached me, a former student of mine took his own life. In 12 years of teaching, I've lost students, mostly to car accidents and suicide. They have all deeply affected me, but this one hit me the hardest. I'd been very close to this student. You're not supposed to have favorites, but he was one of my favorites. As teachers we were asked to break the news to our students during first period and to tell them that if they needed someone to talk to, counseling was available. But as I was talking, I looked over at the desk where he used to sit two years earlier in my American Lit class and I lost it. I apologized to my students, and while trying to swallow down deep chest sobs that kept breaking up my speech, I told them that adults are supposed to be there for students to lean on but for now I needed them to be there for me. That I needed them to lean back so we could help prop each other up.

I asked myself, why didn't I see the signs? Why didn't he come to me? What more could someone have done to prevent this from happening? In my classes, we all started talking, and now students knew they could come to me. I didn't always have the answers, but I could listen. And when there were dark times they'd seek me out (and still do) and along with Mountain Crisis Services, I've been able to get them the help they need.

This play is fiction, but the emotions are real. I've shared it with many students and they have told me that if feels real. That it speaks for them, in their voices. At 33-years-old I'm 15 years removed from being in high school, so I wanted to make sure that their genuine voices are heard and that they will hopefully have teachers there to support them after performing and viewing this piece. Allow your students to write, allow them to open up, and if you don't have an answer, tell them you'll find someone who does.

Think back on your high school days. What do you remember? For me, the classes are a blur. I remember the best of the best (when I'd set the curve on a test) and worst of the worst (when a teacher would degrade me in front of the whole class). But most of my high school memories are about what happened in the space between classes. That's when life happens for a teenager, the ups and downs, the triumphs and failures, the light and the dark. It may not be on the test, but we need to teach our students how to be there for each other. I hope this play is just the starting point for many, many kids out there that think they are all alone when in reality there is love and support all around.