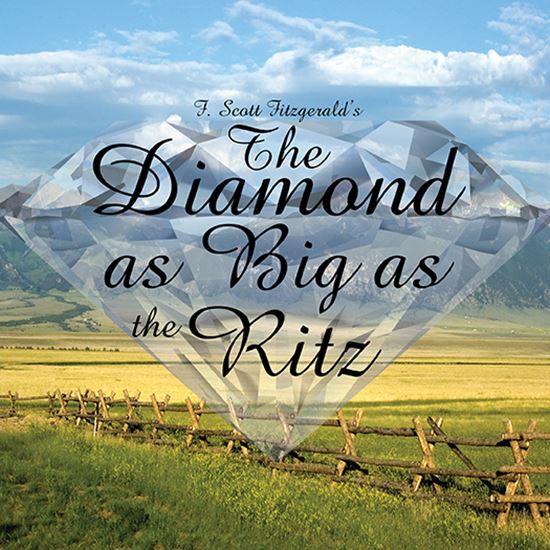 In this adaptation of F. Scott Fitzgerald's work, John Unger, a studious and innocent young man, has been invited by his fellow prep school student Percy Washington to summer at his family’s opulent estate hidden in the Montana mountains. John readily accepts. There he meets Percy’s parents, sister Jasmine, and sister Kismine – with whom he quickly falls in love. But as he and Kismine begin to make plans for the future, John discovers the source of the family’s wealth is a secret many have died for. Will he survive the summer? Full evening.

THE DIAMOND AS BIG AS THE RITZ:

Q:What inspired you to write this adaptation?

I have loved this story since I first read it in a library anthology ten years ago. I photocopied it and spent the intervening decade carrying it around with me, threatening to write it. Weird, I know, but what are you gonna do? I had a graduate (I teach high school) who came back to visit who said, “Jeez, are you still talking about that? Are you going to keep talking about it, or are you going to write the darn thing already?” So, I tried writing the thing, and in many ways, it sort of poured out of me. I had those ten years to woolgather for the final push.

I think that for an adaptation to be successful, you need to tackle a work that is both better than you and worse than you, so that you have to write up to it, but also that you have something to contribute to it that will improve it. Fitzgerald tried his hand at playwriting, penning a play called "The Vegetable" that he was sure was going to assure his fame and fortune and that is generally considered to be the worst thing ever written. I like to imagine that with “The Diamond as Big as the Ritz,” maybe he imagined it as a play but couldn’t quite figure out how to make it work.

Q: What’s your favorite part or line in the play? Why?

Okay, this may be playwriting suicide, but Mr. Washington has a ten minute monologue towards the end of the play. It is this crazy attempt to bribe God. I had several people tell me, in so many words, things like the following: The play might be a little shorter without that monologue? Do you need to say all of that? Uggh, it’s just too long. One person, whom I respect, came up to me, hugged me, and said, “That moment is the best writing I have ever seen from you. It is from your heart and your guts. Don’t change a word of it.” The play is not my play without that monologue. In some ways, I think I wrote the rest of the thing so that I could have those ten minutes. When it is done well, you can hear a pin drop!

Making it sound like a play and not a piece of literature. Eschewing back story. Staying in the present. Trusting the intelligence and imagination of the audience to bridge gaps and trying not to spoon feed them everything. Constantly reminding yourself that they are here to watch a play, not read a story.

Once I was “in” it and staging it, I found that I was being drawn to the responsibility to honor the original’s many, many themes. What I wanted to do was to make the story more human, more dramatic, more user-friendly.

I was operating mostly on instinct, not thinking through it too much. I was mostly sensing whether a scene would be fun to act the way that I was putting it on paper.

I started writing it without thinking about it too much, before even checking if it was in the public domain. I was so drawn to it, that that didn’t matter to me. I was so drawn to the story that I was going to have to write this adaptation, even if it never saw the light of day.