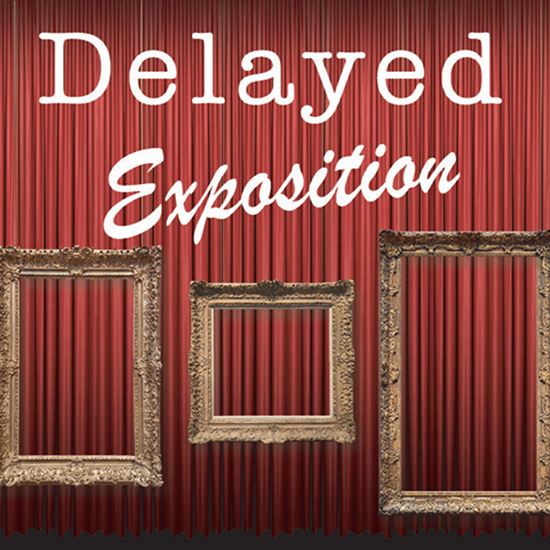 Two class-clown type guys are playing a video basketball game and discussing one of their girlfriends. When one of the guys loses the game, along with his temper, the illusion of the fourth wall gets broken. The two young men, now exposed for being merely actors in a play, argue and debate about what to do next. When the character "Jessica" enters and proves to be trapped in the world of the play, things go more than haywire. The play is set in real time, able to be adapted to whatever stage or competition in which it is performed.

A. The first version of this play I wrote my sophomore year of college at UNC-Greensboro and it had a lot of cursing. A lot. My friend Josh Purvis and I use it in our workshop series. I was probably reading a lot of Pirandello and Christopher Durang. As well as dating a lot of actresses. A few years later, Josh became a high school theatre educator in Charlotte and needed a competition piece. I rewrote the play specifically for high school competition (being a veteran of many such events myself) and it won the regional competition in North Carolina. It went on to the state competition where it proved to be quite the crowd pleaser. A few years later, here in New York City, a colleague of mine asked if I could direct an original one-act piece for high school-aged kids in Manhattan for a youth-themed theatre festival. I directed a version of "Delayed Exposition" with three terrific young actors, and at that point, almost 10 years since the first workshop production with all the cursing, I decided that I needed to try to see how far this silly little play can go.

A.: A production of this play is about what the actors and director discover together to be the funniest possible choice. Many of the lines remind me of having fun onstage when I was 19 years old. But my favorite lines are probably Jessica's, especially when she says that she has not "numerically categorized the walls here..."

Q.: ARE THE CHARACTERS BASED ON PEOPLE YOU KNOW?

A.: Yes, "Steve" is based on me and "Todd" is based on my friend Josh Purvis. At the time that I wrote this, I was in the middle of devoting all my time to theatre and so my whole world felt like this insane pursuit of learning how to act, how to write, and where the fourth wall was. That, and trying to make out with girls. I believe that all shows through and is something theatre students can relate to.

A.: Obviously, it's a comedy and the intention is for theatre students and teachers to laugh at some of the absurdity of what we do. But it's also my attempt at throwing some more ideas into the arena of high school theatre. I always wanted to do plays that were fun or that said something or that gave you a chance to really act and play off your fellow students, so maybe I'm just trying to pass that along a little.

A.: Feel free to update this play as time moves on. When I was in college we were playing a Nintendo 64 and we didn't use cell phones.