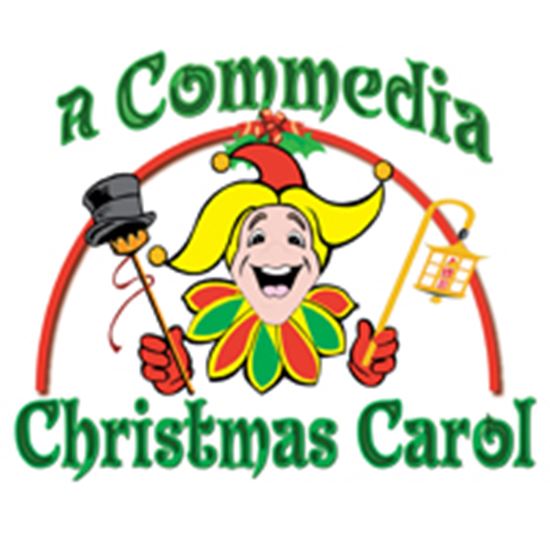 In this faithful 1-act adaptation of the Charles Dickens classic, a traveling troupe of commedia del arte players re-create the Victorian world of “A Christmas Carol” on a bare stage. All of the many wonderful characters are played by these four actors with cleverness, skill, and comedy. Dickens, an actor, playwright, and enthusiastic theatergoer, used many theatrical characters in his novels, especially characters from the commedia del arte tradition. The most notable of these is Ebenezer Scrooge, who is played in this adaptation by commedia’s big-nosed Punchin. Just as they would have done in Dickens' own time, the players bring their homemade costumes and props onstage with them. Sometimes frenzied, but always fun, this dynamic adaptation puts a fresh spin on one of our most beloved holiday stories. (Full-length version also available.)

to a One-Act Play

Whenever I get an idea to adapt a new story for commedia dell'arte, I first open the Big Book of Stories and talk to the Players. If you know the Players, this might seem to be asking for trouble, and it is. Typically it takes a week to even begin the discussion. First, I have to talk to them about it, introduce the story, describe the characters and then leave them alone for about a week while they argue. For that week I usually put the Big Book of Stories in the garage, on a shelf, under some blankets. If I don't, the arguing attracts the neighborhood cats. After a while the garage gets quieter and every now and then I hear a voice saying, "Scusi? Hello?" Then I can reopen the Big Book of Stories and get started.

When I initially did the two-act adaptation of “A Christmas Carol,” the Players were very excited. There were many roles and lots of wonderful lines. I stayed very faithful to the original text. I could do this because Charles Dickens was a theatre person. He was a playwright and actor in the sunset years of the original commedia dell'arte tradition. He understood dramatic structure and, best of all, he wrote characters lifted from commedia dell'arte.

Because Charles Dickens wrote such beautifully crafted dramatic structures, “A Christmas Carol” adapts very easily to a one-hour performance. The works of Dickens are a pleasure to adapt, which is probably why they have been made into so many films. You can literally take his plots apart like threads in a tapestry, sort them, reweave them, and sew them back together to make a beautiful picture. When I gave “A Christmas Carol” to the commedia dell'arte Players, it was not only a perfect fit but the humor, mixed with Charles Dickens' social insights, took on a haunting resonance reminiscent of some of the older commedia dell'arte scenarios.

Turning a two-act play into a one-act play would be difficult or impossible with anyone except Dickens. With his stories it's easy to pull out the critical path of the dramatic argument. Even so, once I had the one-act plot drawn up, I still had to go back to the Players. They had lots of advice for me, as you can guess.

"The cast must be smaller."

Since I only heard four of them talking, I immediately became suspicious. "Where are the rest of the Players?"

After a moment of silence and shuffling, Arlequin said, "They went on holiday. To... to Venezia for the Carnival."

I thought about this. "You didn't want to go to Venezia for the Carnival?"

Arlequin said, "Uh, we knew you needed us, here." So the one-act play only has four actors.

"It must be much funnier," Columbine said. "I will give you a list of suggestions."

"And I must play the hero," Punchin said. "The whole story turns on the hero, you see?"

"What about Pantalone?" I asked since he played Scrooge in the two-act version.

The answer came back from Punchin. "Oh, he went to Venezia, too."

"We must have puppets," Rosetta said. "More puppets are very funny."

I wrote all this down. "Anything else?" There was lots more, they gave me their notes and I got to work.

Of course, any credit for this play's success will be claimed by the Players, who are convinced that anything I write is mere suggestion, a springboard for their considerable talents. Whenever they take credit I let them have it. It makes for much quieter garage that way.