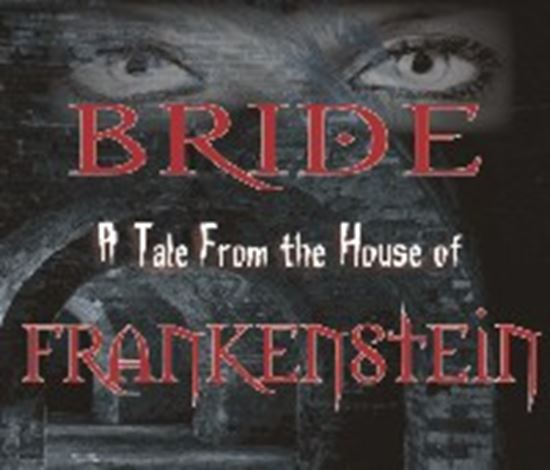 Bride: A Tale From the House of Frankenstein

Wilhelm Frankenstein, last remaining heir of Victor Frankenstein, has come into the possession of Victor's notes. Having recently suffered the loss of his young wife, he becomes obsessed by the idea of re-creating her by following Victor's methods. A young medical student, Jurgen Bruchner, discovers Wilhelm's plans and begs to help him. However, as the task nears completion, Jurgen begins to have second thoughts about the morality of their work. In a dramatic laboratory scene, the "bride" is created. Having been made of many different parts and memories, Wilhelm attempts to use hypnosis to create a single personality in the bride, now called "Liesl." Jurgen begins to fall in love with her and can no longer stand idly by, resolving to leave. However, before he can do so, he is murdered, and the suspicion falls directly on Liesl. Wilhelm, guilt-ridden, tells Liesl who and what she is, and removes the hypnotic memory blocks. All of her personalities come forth and fight for control. In shock, she flees, undertaking a journey to help her understand her place in the world and eventually leading her to a climactic confrontation with her creator, Wilhelm.

"BRIDE: A TALE FROM THE HOUSE OF FRANKENSTEIN

A.: I find that both as a writer and a director, there are certain themes that I find myself drawn to again and again. The Frankenstein myth is one of them, containing as it does the questions of what mankind is meant to know and what it means to be human. Although Mary Shelley never wrote a sequel about a "Bride," there is a sequence in the original novel in which Frankenstein creates one for the Monster, then changes his mind and destroys it. I found myself wondering what it would be like to suddenly find out everything you knew and believed about yourself and the world was false in a very primal way.

A.: The role of Liesl is very challenging for an actress, encompassing as it does so many moods and personalities. I would say I have two favorite moments: the scene in which LIesl's suppressed memories all come crashing out, and the scene of Liesl on the road arguing with all of the voices inside her head. I love these moments because they are so dramatic and together show both the struggle of the character and her eventual acceptance of who she is, even if she is still unsure what she is.

A.: All of the characters in this play are entirely fictitious. Wilhelm is the only person directly related to the Frankenstein in the original novel, but he was not present in that novel. Thus, I was free to do what I wanted as relates to the characters.

A.: I really wanted people to think about what makes someone or something alive, and especially human. With so much progress in science and technology, I believe these to be questions that are fundamental.

A.: I hope people have great success with the play and enjoy doing it as much as we did!