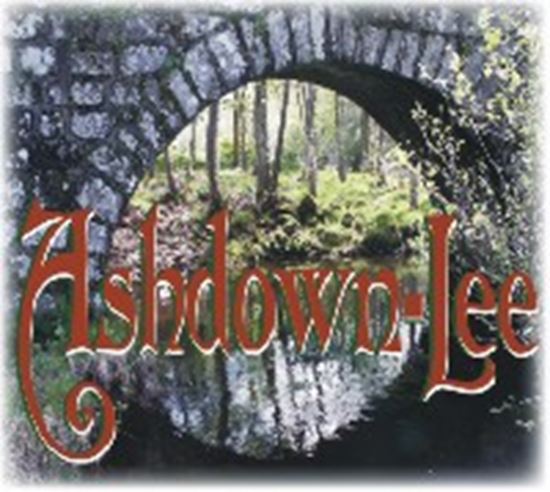 Rick Burgess and coworkers, Joe and Samantha, are on an outward-bound training weekend, organized by their boss, Rick's father, when they become hopelessly lost in the forest. Through the fog they finally stumble upon a remote little village, Ashdown-Lee. But the villagers are dressed as peasants and wary of the intruders. Ingrid, the mayor's daughter, however, is attracted to Rick and invites the trio to stay. They soon discover that the magical village appears only one day every fifty years. To the villagers it is the next day, but to the rest of the world a new era. As the coworkers make friends and enemies, fall in love and create jealousies, they discover each other's true personalities and motives. Rick is weary of the business world, Samantha wants to become rich by stealing a village treasure, and Joe admits he is also being paid to protect his best friend Rick. But a showdown is coming. The three must decide by midnight if they want to remain in Ashdown-Lee, and once decided, the person cannot ever leave again or the whole village will perish. This ethereal, yet luminous play explores the universal dream of wishing for a different life but wondering if it would indeed be better.

A: I have always been fascinated by the myth of Germelshausen and its associated stories, "Shangri-la" and "Brigadoon." I wanted to update the story for a madder age, and to set it on the Ashdown Forest in Southern England, my beloved homeland.

A: Towards the end of Act I, when Rick learns that his friend Joe has been working for his father, he throws him out. Ingrid asks Rick to reconsider, saying "Joe is your friend." Rick responds, "I'll buy another one." There is so much despair and disillusionment in Rick's statement. He has everything and yet he has nothing.

A: All characters are based on elements from people I know, but there is no one person about whom I can definitely say that is Rick, or that is Ingrid. I knew what story I wanted to tell and the characters evolved from that. Once I have the basic characters, I spend some time getting to know them before I write anything, so that they are real to me. I know how they speak and act and would react. Over a few days, they change from characters on paper to real people, and the story and characters grow.

A: The most important thing was that I wanted to tell a good story that entertained and moved the audience. I also wanted to show that a person can have everything and yet still feel empty. Plus, the actions of people have consequences for others around them. For example, Joe doesn't think it is harmful to "protect" Rick, but he hurts Rick in doing so. Samantha feels that taking the chalice will not really hurt anyone since the people do not know its true value, yet in taking it Samantha is risking destroying them and everything they have. Also, Martin nearly destroys others with his selfish desires. I also wanted to show that if someone belongs somewhere or with someone, they will find their place, no matter what.

A: I found a great deal of enjoyment writing this play. I hope that people putting it on will have that same sense of fun and enjoyment.