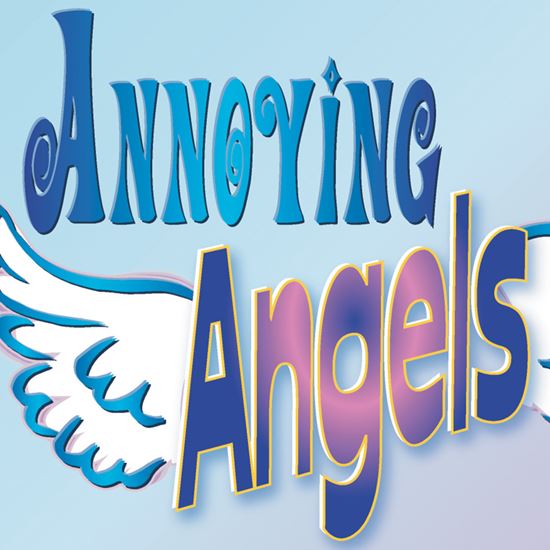 Frankie meets his end in an act of wanton cowardice. This offense isn't bad enough to send him to the basement, but he isn't good enough for the attic. He is assigned to Angie the Angel in the "Situation Re-Modification Department." He is given three chances to try to correct something in history that didn't go the way it was supposed to go. He messes up all three chances, but is offered a fourth chance by Herman, Angie's boss. With this one, the toughest of them all, he succeeds.

Q: WHAT INSPIRED YOU TO WRITE THE PLAY?

A: Stories about guardian angels have always been fun, especially angels that are less than competent. I thought about the afterlife as being like the levels of a corporation, and the bottom rung of the ladder, the area no decent angel wants to work in, is the "Situational Re-Modification and New Employee Orientation Division." These angels who deal with the clients not quite good enough for the "attic" and not quite bad enough for the "basement." Frankie, the client, dies in an act of wanton cowardice and he has to redeem himself. I thought it was a funny idea.

Q: WHAT IS YOUR FAVORITE PART OR LINE IN THE PLAY?

A: Author Margo Michels has written a novel called "Blown with the Breeze." It's so bad even her agent hates it. She brags to him: "It has everything, Harry! It has Sherman's March through Florida!" Harry responds, "Sherman didn't march through Florida, Margot. I looked it up." I also love Frankie's line after Margot stomps on his foot: "Wow! You reall CAN feel pain after you croak!"

A: I don't know a lot of angels (real ones), or bad writers, or corrupt politicians, or people who win the lottery. I guess I made them up.

A: Lots and lots of laughs. And maybe the idea that's it better to be a good person while you're alive so you won't end up in the "Situational Re-Modification and New Employee Orentation Division" of the hereafter. Theologically it doesn't hold water, but it's a good idea.

A: Be good, have fun, and try your best to avoid the basement.