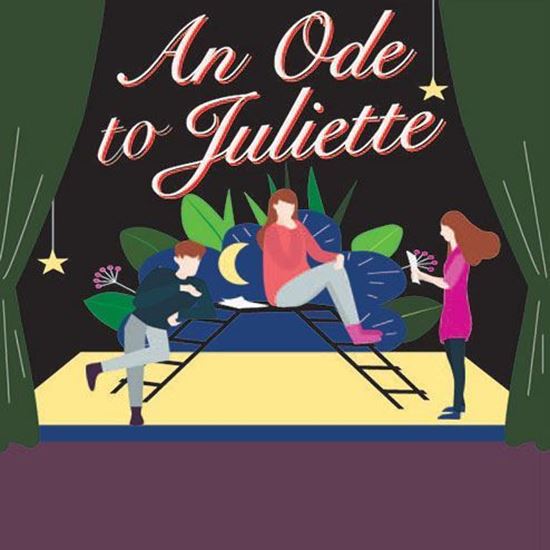 An Ode to Juliette

A high school drama teacher directs her students in rehearsing a version of Romeo and Juliet. A creative writing teacher encourages her students to compose poems that reflect their personal lives. And a man, the narrator, weaves these school experiences –and his own– into a play he has written. The result is a beautiful mosaic of the familiar lives of students and culture inherent in high schools. The play deals with tragedy, bullying, sexuality, grieving, and perseverance with vital sensitivity. A mix of a few hockey players, accidentally scheduled into the creative writing class, provide humorous breaks. Revealing information at certain points in this drama will keep the audience interested to the very end. Running time is approximately 50 minutes.

After reading the novel, Beartown by Fredrik Backman, I was inspired to write An Ode to Juliette initially as a novel and soon realised it also works quite well as a play. Instead of having the characters practicing for the big hockey playoffs that involved interacting with coaches, townsfolk and fellow hockey players as in Beartown, I wanted the characters rehearsing for a show for Romeo and Juliet and have them working with and relating to teachers, peers and parents.  I would still like to publish it as a novel.

I have many favorite parts in Ode to Juliet.  As a playwright I think I need to be passionate about every part and every word spoken by the characters I create.  However, the one part that really struck a chord with me is when Sandie recites a poem she’s written that reflects her hurtful nature.  Sandie has bullying issues and she changes her behavior in admirable fashion and becomes sensitive to others.  As a drama teacher I’ve seen how bullying effects others and I think it needs to be addressed more in our school system, so writing about it in scripted form and having it performed is another way to eliminate it in our schools.

In creating most of the characters for An Ode to Juliette, I first thought of challenging situations and how a person might deal with them.  The characters were birthed by creating a situation first.  As the characters developed the traits needed for their circumstances, I would think about some of the people I know who might be in the same predicaments as some of these characters and used them as fodder for further character development.  On the other hand, The hockey players Epstein, Vince, Arnold and Mitch I chose for comic relief were inspired by the comical TV series Welcome back Kotter.  I had a lot of fun with them.

After watching An Ode to Juliet I’m hoping an audience can walk away thinking about the need to be more compassionate and sensitive towards others as is the case with Kelly whose hurtful behavior has terrible a effect on Nadine.  Also, Kelly’s grandfather, who never appears in the play but has a powerful presence, has a devesting effect on Kelly because of his reluctance to accept Kelly for who he is.

Also, after watching this show, I’m hoping an audience can realise how resilient we are with the challenges we face.  In knowing how powerfully resilient we can be makes us even stronger in confronting our trials.  We see this with Anika and the Narrator who confront their anguishes head on.