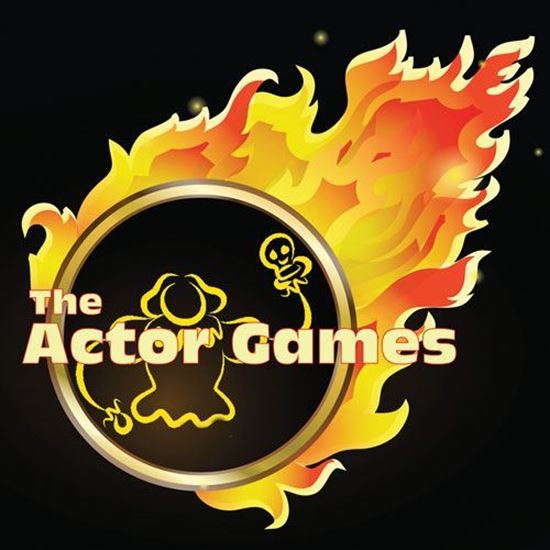 In this dystopian/Hunger Games parody everyone is starving...for attention! Society's obsession with all things drama has become so distracting, the Capitol has outlawed all auditions and has divided the population into ten districts: Greek Tragedy, Shakespeare Drama, Commedia Dell'Arte, and others. During the annual Actor Games, a tribute from each district competes to become a star. The losers must suffer the fate of the Fallback Wheel. This year, Meryl hopes to become the first ever winner from High School Drama. Unfortunately, the odds are never in her favor. The Actor Games is a fast-paced one-act play that provides lots of comedy opportunities for each cast member, as well as a humorous overview of modern and historic acting methods.

A. My daughter is an avid Hunger Games fan. She has been reading and re-reading the trilogy, and thanks to her, I became drawn in. Aside from wanting to create a parody of the Suzanne Collins' novel, I also wanted to create a world in which different forms of drama were essentially kept separate, and a young character named Meryl wants to bring them together.

A: I rather like how the mother says her stage directions out loud. Also, my favorite section of the play is the series of commercial competitions.

A: I've been reading a lot of theater history lately, and as I turned from one chapter to the next, going from one theatrical era to another, these cartoon versions of different acting styles popped into my imagination. Melodrama and Shakes are based upon me, whenever I intentionally overact while teaching a course on the classics.

A: Laughter. And about a million dollars. How am I doing so far?

A: I would like to eventually add a sequel to Eldridge's catalogue. I'm hoping to call it: "Catching Drama." So, spread the word about "The Actor Games" in order to make the dream of "Catching Drama" come true!