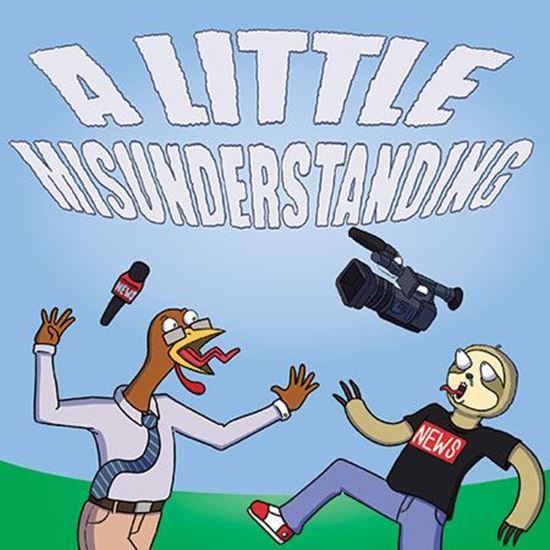 Little is a local weatherman who is about to give his first ever TV weather report. While he is on the air, the intern, McGee, trips. Trying to help him, Little yells, “This guy is falling!” While trying to save his friend, the station’s camera breaks causing a broadcast blackout. Audiences at home believe Little, as a weatherman, has claimed that the “SKY” is falling. Suddenly Little becomes an internet sensation! And the news station viewership booms at the cost of thinking Little is a crazy reporter. Chaos ensues as Little tries to tell people the truth, and others work against him. About 35 minutes.

I was a counselor for a theatre camp, and we needed a play for the kids to perform at the end of the summer. The theatre asked me if that would be something I was interested in, and I thought it would be fun to try something new, as I have never written before. It was a great experience because I already knew the kids from the previous summer. I knew what they would want out of a script and what they were capable of as actors. They blew me away, I was so so proud of them, and I’m excited for other people to share this story with them.

My favorite line of the play is when Lucky calls Calpurrnia out on her rudeness,

CALPURRNIA: You’re supposed to be on my side.

LUCKY: I am, but that doesn’t mean we have to be “the rude side.”

I love that Lucky stays very true to her character no matter what the circumstances. Even when she is technically a villain in the show, she is a very lovable and sweet character.

Besides Little being taken from Chicken Little, most of these characters were created based on roles I thought the campers would love to play or because I love any excuse to throw a pun into any situation. Steve Cold-Bear is one of my favorite characters simply because of his name. Buzz and the Swarm were written because the kids loved bees. They even came to camp dressed as bees for fun, so I knew I had to write them into the play.

When I first started writing this play, I had no idea that it would heavily involve the media and the way it spreads false information to the public. My goal was just to make people laugh, but I am proud that I found a message through the laughter.

This is my first published work, and I am so excited to expand its audience! I cannot wait to write even more stories to share with you.