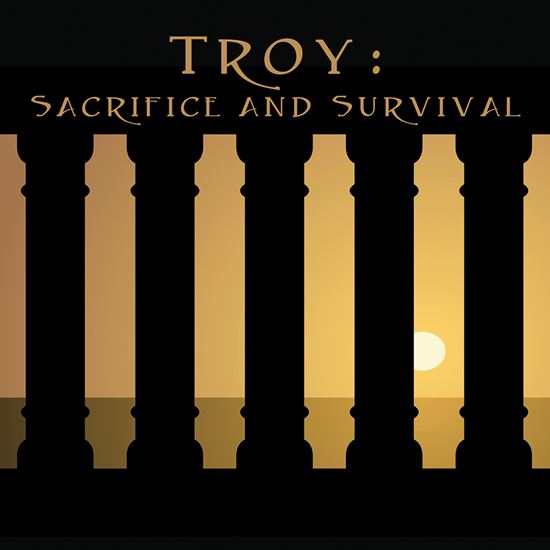 The terrible waste of war never seemed more contemporary than in these quintessential tragedies by Euripides set before and after the siege of Troy. Far from being “historical dramas,” they speak to any generation embroiled in conflict. We see up close and firsthand that war is the most pitiful—and most poetic—of human activities. In the first play, "Iphigenia at Aulis," the Grecian army waits to embark on the conquest of Troy. The army’s commander, Agamemnon, has been forced to offer his young daughter, Iphigenia, as a martyr to ensure victory. Valiant efforts by her mother, Clytemnestra, and the Grecian hero, Achilles, to prevent the sacrifice have proven futile. Iphigenia is left to choose between a war she abhors and violent civil unrest in Greece if the war is aborted. In the second play, "The Trojan Women," Troy now lies in ruins after its defeat. All the men have been killed, and the women wait to be transported to Greece, as slaves or concubines. Hecuba, Troy’s former queen, learns the disposition of her surviving family from the Grecian soldier Talthybius. In parting scenes Hecuba’s spirits are lifted by the courage of two young women: her daughter Cassandra, the prophetess, and from Andromache, her son Hector’s widow. Then, after a blunt exchange with Helen, whose illicit romance with Hecuba’s son Paris led to Troy’s destruction, the former queen goes off to her servitude. With playwright Philip Lerman’s modern language and simple settings, actors can easily and successfully bring the unfamiliar yet powerful world of Greek tragedy to any stage.Performance time: about an hour. (Plays can be performed separately. Please see individual titles in our One-Act Section.)

Q: WHAT INSPIRED YOU TO WRITE THESE ADAPTATIONS?

A: In 1998 I started a theatre company that would offer students hands-on experience to serious works of drama. These amateur actors wanted to perform classics. Modern plays tend to be more topical, built around a particular event. These are larger plays that teach larger lessons. The ethical problems remain true to life.

Q: WHAT'S YOUR FAVORITE PART OR LINE IN THE ADAPTATIONS?

Every part and line.

Q: WHAT WAS THE HARDEST PART IN CREATING THESE ADAPTATIONS?

A: Typing the scripts!

Q: WHAT DID YOU TRY TO ACHIEVE WITH THESE ADAPTATIONS?

A: Simplified modern versions that makes the classics more accessible.

A: I believe these adaptations remain true to the dramatic intent of the original classic.