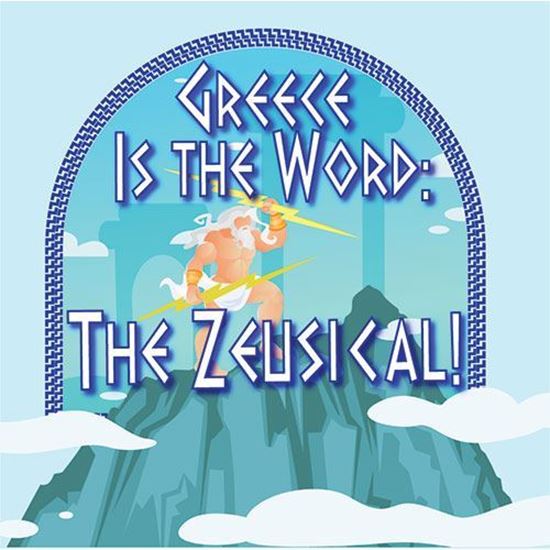 Welcome to the Mount Olympus Diner where Zeus is the chef and Hera is your waitress. The food is great, but what the customers really love about the diner are the stories told there, the stories of Greek mythology. Diner Network star, Sparky Guy, arrives to do research on the restaurant and is treated to a variety of tales. This musical features contemporary and family-friendly retellings of the myths in the scenes Hades and Persephone, Echo and Narcissus, and Arachne and Athena. A Greek Chorus of diner staff takes on multiple roles and keeps the action moving in each story. You’ll meet delivery Amazons, a track star named Nike, and a singing three-headed dog named Cerberus. Add a catchy score and flexible casting options, and you’ve got a show that’s sure to be a hit with your audience and actors.

I have always been fascinated by ancient stories and how different cultures used stories to explain our world. The Greek myths in this show were used to explain the changing of the seasons, the phenomenon of an echo, and why spiders spin webs. Science would later provide a more complete explanation, but the stories remained. People love to tell stories and hear stories. In our modern world, these stories are still relevant. With a little modern twist or two, new audiences can discover the amazing tales in this show.

What's your favorite part or line in the musical?  Why?

I had so much fun writing this show that it is difficult to choose just one. I think my favorite lyric is Zeus singing, “Greece invented democracy and baklava.” I also enjoy “Hera’s Curse”. It was one of my favorite songs to compose and the actresses who sang it for me on the recording made the song even better.

Tell us about the characters.

The characters of Greek mythology are very well known and have been portrayed in theater, film, and works of art many times. I enjoyed re-imagining them in a contemporary context. Zeus as a cook and proud diner owner, Hera as a waitress and moral compass for her husband, Amazons delivering packages, Arachne becoming a web designer. These already familiar characters can become even more familiar to us by placing them in a modern setting.

My goal was to create a show that could serve as an entertaining introduction to Greek mythology for younger viewers and a fun way for actors and audiences already familiar with the original stories to experience them in a new context. I wrote songs that were accessible to performers of all ability levels and entertaining to the audience. I put a few jokes in there, too because I love to laugh.

I was very fortunate to have the opportunity to develop this show with the New Opera and Musical Theater Initiative (NOMTI) Advanced Writers Lab in Boston. I had access to professional actors to try out songs and scenes and feedback from a cohort of composers, lyricists, and playwrights. The resulting show is something I am very proud of that I know performers and audiences will enjoy.