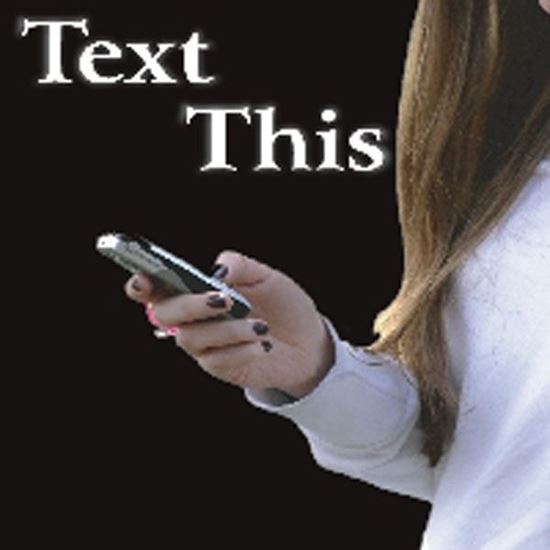 A one-act play about cyber-bullying. For two weeks Amy’s life has been unbearable. An intimate conversation she had online with a boy she likes has been shared so many times that she is now the laughingstock of the school. To make matters worse, she has been receiving threatening text messages, and her family has been plagued by a series of anonymous phone calls which have been intimidating and offensive. The play opens as Amy sits alone in a classroom. She is soon joined unexpectedly by Kara, who is apparently looking for a prom committee meeting. However, when Amy leaves, it becomes increasingly clear that Kara, and her friends Jordan and Jess, have not come here to discuss the prom. In fact, even they are not aware of all the reasons for their being here. As the play turns from one half-truth to the next, the girls find themselves forced to confront not only their role in what has happened, but what their actions betray about themselves. (Contains some mature language.)

TALKS ABOUT “TEXT THIS”

A.: I am really concerned about the increasing significance of online, text-based or otherwise disembodied communication, especially among young people. Like many teachers, I find myself at a loss to master the rapidly expanding technology at anything like the rate at which kids do, but I don’t think that this is the chief issue. We – they – are increasingly becoming spectators at our own conversations. Without clear, physical and tangible reactions from another person, we have lost a sense of our mutual sensitivity to what other people think and say. We have been removed from our own words, and alienated from a security about the sincere words of others, and as this already endemic phenomenon continues to unfold, our struggle to address the host of new problems in expression and interpretation is – I think – the most vital new dynamic in the performing arts. Though the technology has not changed anything very much in human nature, I do think that it has thrown open a new vista of opportunities to express it, and not all of these are positive. The bullying and humiliation that underpin this play are certainly not new, nor are the causes that I try to explore in the different characters. What is, I think, more imperative now than ever is the absolute need for people to talk to each other openly, and if this means confrontation then better face to face than, as Amy says, through a “shadow at the end of an anonymous page.”

A.: I’m always worried in plays like these about creating formulaic, stock characters. In high school life, unfortunately, it’s often hard to escape the pervasive stereotypes to which we are all – it seems – pretty much forced to conform. It’s always struck me as ironic that even non-conformists end up conforming to a clique of their own in a high school. The factors which prompt Kara and Jess to be mean to Amy are not at all original, and I don’t think there’s any way around that dramatically, nor does that make them unbelievable. What really interests me with this all-too familiar story, of a group bullying an individual, is what Amy does in response. There is arguably more money, research and community-based action programs being targeted at bullying in schools now than at any time in the past, and yet still no serious observer would suggest that we have come close to eradicating the practice. The questions which plague her are no different to the questions that plague us all. What do I do about it? We’re told not to “suffer in silence” and also told not to “descend to their level.” We should inform authority that it is happening, and yet what – actually – does that authority usually end up doing in response? I wanted to give Amy pretty much free rein, almost let her take our “fantasy” revenge. Yet, even with that, there remains the problem of Jordan. When Amy demands an answer to her question “why do you hate me?” she’s echoing a critic whose name I don’t remember, but whose phrase graced the pages of my high-school essay on Othello. “Why does Iago hate the Moor? Because he does.” Jordan, like Iago, is the subject of that horrific unanswerable question, and my favorite line in this play. Why does she hate Amy? Because she does.

Q.: WHAT WAS THE MOST DIFFICULT PART IN CREATING THIS WORK?

A.: I think finding the line between creating a technological background which I could understand, but which would not seem awkward, or in fact laughable, to students like those I teach.

A.: I think a recognition that this is happening still, and in ways that we are now only beginning to quantify and understand. I think also a sense of Amy’s resolve, and the totally unjust reality that simply by being the object of such persecution, we are forced to become sullied by it. In response to such grim reality, we are thrown back on the bravery of confrontation. A problem challenged is not “cured,” but it is at least challenged.