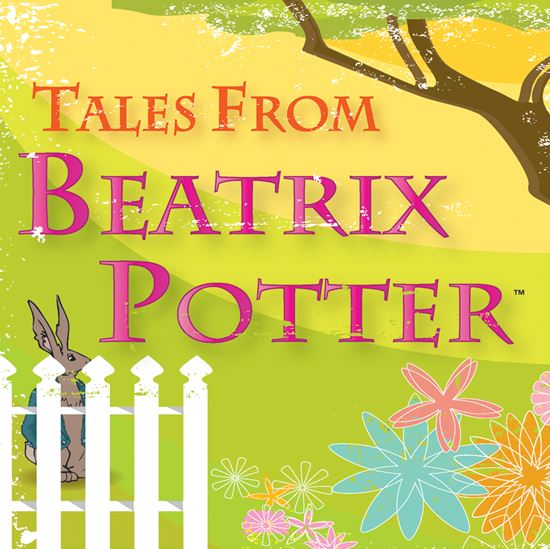 Some of the gentle, humorous, and well-loved characters from the writings of Beatrix Potter come alive in this gem of a story theatre play for young audiences. The play consists of adaptations of three Beatrix Potter stories: “The Tale of Benjamin Bunny” (one of the Peter Rabbit tales); her renowned Christmas story, “The Tailor of Gloucester”; and “Grasshopper Belle and Susan Emmet,” Potter’s adaptation of the Aesop fable. Also included are two poems from the “Apply Dapply Rhymes” and a third inspired by them. The pieces are short, the action continuous, and children in the audience are encouraged to participate by solving the “problems” of the play. An ensemble cast plays multiple roles from rabbits, mice, insects, and a cat, to a singing scarecrow and squeaking door and gate. The play tours easily and is enhanced with familiar music and two very short original songs. (The trademarked names of Beatrix Potter and Peter Rabbit are used courtesy of Frederick Warne & Co., U.K.)

A: I’ve always been a fan of Potter’s work, particularly of “The Tailor of Gloucester.” In the mid-90s, I participated in a program at Chicago Dramatists in which we were to create material built around the skills and interests of a specific group of actors. This group happened to be interested in children’s theatre, and several had backgrounds in mime and story theatre. One was a proficient flutist. Thus, adapting Potter’s stories and poems seemed a natural corollary.

A: It’s a toss-up: “Apply-Dapply” and “Thingummy-Jig and Whatzisname.” Both are pure flights of imagination. The first offers storytelling through mime-with-words, introducing young children to a new way to “tell” a story. The second offers a perfect example of story theatre: The mimed action creates the “set,” the seesaw, and the action, and kids can see how the story, without ever mentioning a seesaw itself, evolves through its use.

A: There wasn’t one. I wrote this in about two weeks, and while I’ve tweaked it since, this draft is 90% of what I wrote the first time.

A: Two things: 1) The opportunity for children to use their imaginations. A lot of children’s theatre is “live TV” where everything is literal and spelled out. Or worse, spectacle: kids’ “versions” of “Phantom of the Opera,” or “Star Wars” live. In “Tales,” virtually all the accouterments are provided by the audience’s minds.

2) To “demystify” gender roles and provide viable models for girls and boys. Many of the characters are non-gender specific, and even those that are can be played by a boy or a girl without the child feeling self-conscious about playing an “opposite gender” character.