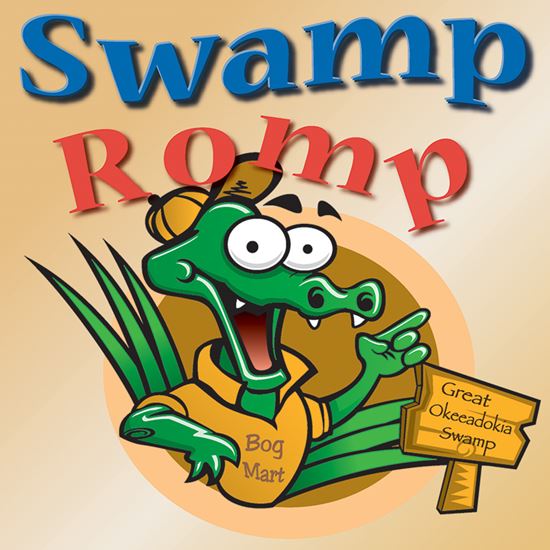 Life is anything but dull in the Great Okeeadokia Swamp. At Lester's Bog Mart Convenience Store, locals gather to purchase supplies, check out video rentals (a wide selection of three) or try Lester's delicious "Almost Fresh Catfish" or "Kind of Fried Chicken." The local book club has been working on "War and Peace" for months, and they're up to page 5. Young local resident Everett Mudd is trying to make a low-budget independent horror film which he wants to enter in the Sundown Film Festival. Five biology students become lost in the swamp when their professor is paralyzed after being bitten by the toxic Okeeadokia toad. The students, all from the big city, learn the hard way that nature isn't always kind. Add a trio of travelers whose car breaks down in the swamp, the laziest volunteer fire department in history, and some really scary reptiles and we have swamp life at its silliest. Full evening.

Q.: WHAT INSPIRED YOU TO WRITE THE PLAY?

A.: I love the character of Everett trying to make a no-budget independent horror movie with a camcorder, two actors and a jar of marinara sauce. He doesn't have a screenplay ... or a clue. Still, his desire to enter the Sundown Film Festival drives him forward. And he won't let a little thing like a lack of talent get in the way of his dreams.

Q.: TELL US ABOUT SOME OF THE CHARACTERS.

A.: In a south Georgia swamp we find a biology professor and students who become lost, a book club trying to read "War and Peace" (they've been at it for nine months and they're up to page 5), Everett the wannabe horror film director (see previous question), some New Yorkers whose GPS device tells them they're in downtown Baltimore, some underachieving volunteer firemen, and some angry bees. It's the kind of literary work Nathaniel Hawthorne would have written if he had lived long enough ... or maybe not.

A.: I want people to be careful whenever they visit the Everglades.

A.: It's a very funny play, and I'm really not afraid of swamps.