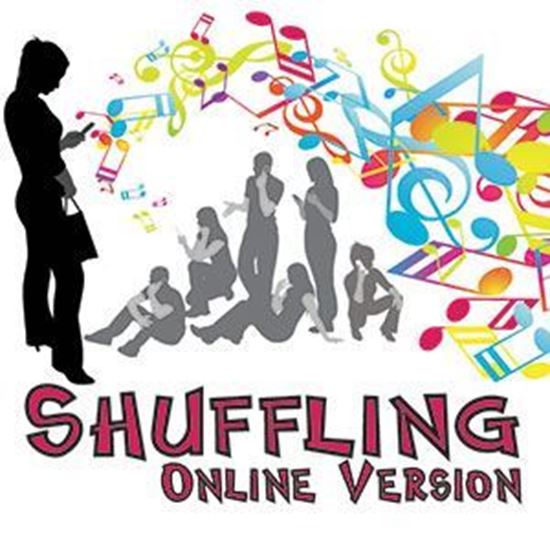 Lacey, a teenage girl, has finished work at the mall and is waiting – and waiting – for her boyfriend to pick her up. Left stranded yet again, she reevaluates her love life while shuffling through the songs on her phone. Actors portraying each of the songs appear with comedic monologues that stir her emotions, offer advice, and affect her decisions. Ethan, a good-humored co-worker, offers her a ride home and the possibility of future romance.

The play may be performed with anywhere from 3 to 16 actors. Actors playing Songs portray the spirit and style of the genre rather than a particular musical number. Without mimicking a specific artist, your audience may make their own connections - creating individual personal playlists - as the performance unfolds.

Lacey and Ethan are the only two characters who appear to interact in the same space. Lacey appears onscreen the whole play. Ethan’s window remains on screen to the right of Lacey’s allowing him to physically enter and exit for the moments they share. If possible, a similar background or a digital one that suggests the interior of a mall, may be used for both.

Actors playing songs open and close their windows to appear and vanish throughout the play. The backgrounds of these windows can be a single background color as if all the songs exist in the same space, or can be individualized to suit the style of song: a red background for a love song, a horse ranch for a country song, etc.

Under “BUY NOW” select Digital Download and then select 1 Printmaster Copy.  This allows you to distribute copies to your cast and crew.  One performance is included. Additional performances are $20.