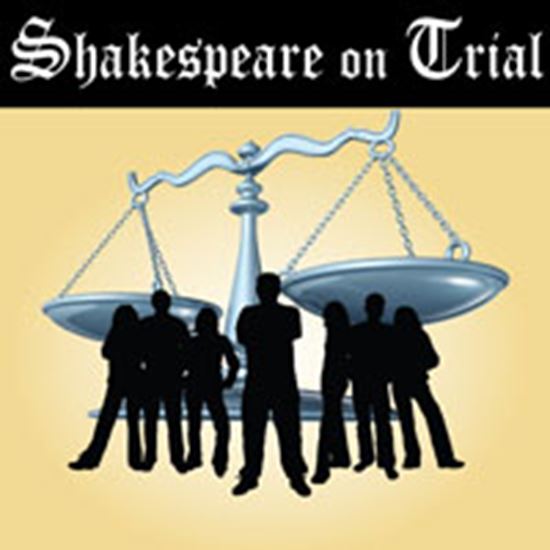 With graduation fast approaching, two groups of students of Bellefonte High confront each other in an attempt to influence the next year’s curriculum of the school. With recollections of past bullying, revealed secret lives, hinted-at romances, and numerous quotations from Shakespeare’s most famous plays, these teenagers set up a mock trial to decide if Shakespeare should be studied next year. Like current day Montagues and Capulets, the students do plenty of verbal fencing -- with a little Romeo and Juliet romance thrown in -- to ultimately decide if the Bard is worthy of teens’ time! The flexible casting provides opportunities for some wonderful soliloquies as well as smaller roles for actors seeking less responsibility. Additionally, members from the audience may play some of the jurors.

A: I taught high school English for twenty-five years. Each year I taught a Shakespeare play to all of my students regardless of their level. I was always pleasantly surprised at how, once they got passed the structure, the vast majority of the students really liked the play. It was amazing how Shakespeare transcended time and even the ability of the students to connect on such a visceral level. I wanted to show students who haven’t had the opportunity to read the plays just how good Shakespeare is. I also wanted to give high school actors characters they can realistically do.

A: I like Butch’s speech at the end where he confesses how scared he is of graduating. Every year I would see students like this. They had been the big man on campus and knew their reign was over. I think if schools did a study of students who fail in their senior year, they would find a large number of these students. For all of their talk of hating school, they really don’t want to leave.

A: The characters are all composites of students I have known over the years.

A: As with all of my plays for high schools students, I hope to write characters that high school actors can do well.

Q: DO YOU HAVE ANYTHING ELSE YOU WOULD LIKE TO ADD?

A: I would like to thank the actors who do these parts. All play productions are partnerships between the writer and the actors. While I have written the words, it is the actor who will give them life. I don’t just mean that they will say the words. They will give them a tone of voice, specific body movements, specific tempo, and, perhaps most importantly, a subtle personality. The actors should know that when they play a specific part, they create that “version” of that part. The next actor who plays that same part will create a different “version.” That’s why live theater is so great. Each performance is totally unique.