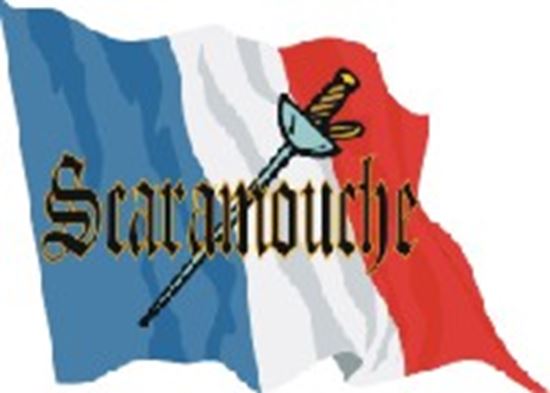 Adapted from the novel by Rafael Sabatini.  All of the drama and adventure of pre-revolutionary France is captured in this action-filled adaptation. Andre Louis Moreau, a young lawyer reared with every advantage in life, vows revenge when his friend Philippe is killed in a duel trying to right a wrong with the Marquis. When the King's legal representative refuses to arrest the Marquis, Moreau incites the people to rise up, and he becomes an outlaw with a price on his head. He meets up with a group of traveling actors and joins them as the dashing Scaramouche, a character not unlike his own: rash, bold, daring, but willing to escape at an opportune moment. Later, when it becomes too dangerous for him to stay in that role, a friend, Le Chapelier, president of the National Assembly, convinces him he has more important things to do. The Marquis has been goading unwitting representatives of the people into duels and killing them. Le Chapelier asks Andre to balance the slate with his superior swordsmanship. With Philippe's death still to be avenged, Andre agrees. As all of Paris is in turmoil and roving bands of peasants attack the nobles, Andre stands face-to-face with the Marquis, ready for a duel to the death. Interesting roles for women include Climene, the younger, as the leading lady of the troupe, and Climene, the older, telling parts of the story in flashback; Aline, a family friend and love interest; and Madam Binet, head of the troupe.