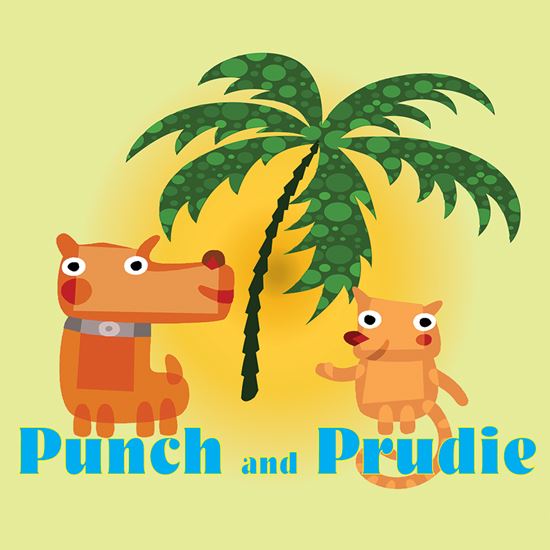 Narrated by a flustered but well-meaning fairy named Fortunata, this charming original fairy tale for children tells the story of Tucker, a handsome young man who sets out to seek his fortune. Fortunata decides the young man must be aided by his two pets, Punch the dog and Prudie the cat, who chase and tease each other like, well, cats and dogs! Tucker, though dubious, agrees. Fortunata also gives Tucker a magical ring which grants him any wish, although he must use it wisely. On his journey Tucker becomes smitten with a lovely young maiden Annalise, and he admits that his recent appearance of wealth to impress her is due to the ring. Unfortunately, the ring is soon stolen and it’s up to Punch and Prudie, and a sweet little mouse named Vita, to help prove that the power of friendship is greater than even the magic of the ring.

Talks About PUNCH AND PRUDIE

A: I wanted to see if I could come up with an original fairy tale, with a moral. I knew that I wanted to write a "quest" tale. The penny dropped when I decided to also focus on the dog and cat.

Q: WHAT'S YOUR FAVORITE PART IN THE PLAY?

A: I think my favorite part is the scene where Tucker meets Annalise. Writing a romantic scene for a children's play is always tricky business.

Fortunata is based on a character in another play of mine. Her name is a reference to my favorite sitcom, “Friends.” I worked really hard to come up with cute names for the dog and cat. I thought of Punch and Judy, but since I wanted to use their names as the title of play, I knew that people would be expecting a play about those famous puppets. By changing Judy to Prudie, I got alliteration and was able to pay homage without taking the names. The characters aren't really based on anyone that I know in my real life.

A: My goal is always to entertain. However, with children's theater, it is also good to have some sort of moral. I think that themes of friendship and settling for what you have come through with this play.