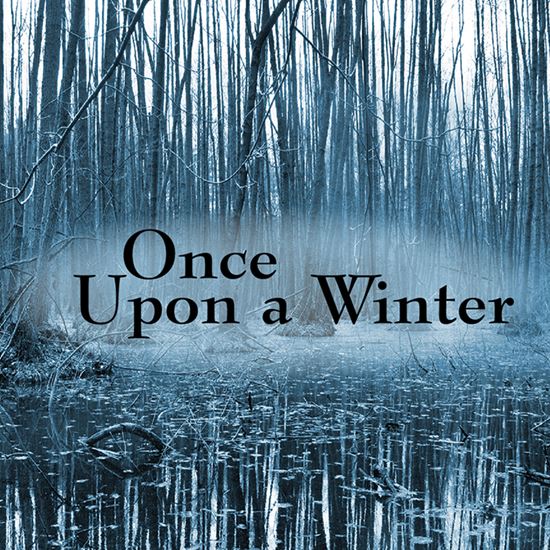 World War II rages. In London, the mysterious and charming Mae arrives home in the blackout to find herself accused of spying for Nazi Germany.  Following the death of Mae’s brother, his diary has revealed to the authorities a dreadful and secret past.  In flashbacks, the young Mae, her brother, and their friend find a wounded Nazi pilot who has parachuted to safety in a forest in rural Norfolk.  They imprison and interrogate him, but find him fascinating and bewitching.  Tonight, with her life on the line, Mae must reveal all her secrets before the bombs have finished falling.

“ONCE UPON A WINTER”

A: For some time I had been playing with the idea and imagery of an enchanted gypsy forest, but not working on anything specific. One late summer’s evening in 2011 I was sat relaxing in my garden in London and the character of Mae suddenly began to appear in my mind. I grabbed a notebook and pen and began to furiously write about this woman, and all of the enchantment and gypsy imagery which I had been working at the time seeped into her story. The basics of the whole play were formed there and then in my garden, and I filled in the gaps over the next few weeks.

A: The moment which always stands out for me is when we first discover that Mae’s brother has been killed during the war through her own words. Her description is archetypal of the British stiff upper lip, and the pride and simplicity with which she tells such devastating news is very dramatically effective. I also love the change in atmosphere from the relative light and comfort of Act One in the parlor, to the cramped and dingy cellar in Act Two.

Q: WHAT WAS THE MOST DIFFICULT PART IN CREATING THIS PLAY?

A: There is a vital twist in the tail to this story. It is an enormously dramatic moment, and the whole play hangs on this one moment – without saying too much and giving away the twist, it took a lot of working and reworking to poise the moment just right.

Q: WHAT DID YOU TRY TO ACHIEVE THROUGH THIS PLAY?

A: I wanted to write a play about the character of Mae and her ability to love, to lie and to survive. I hoped to create a story and a world which is romantic, thrilling and a little frightening.