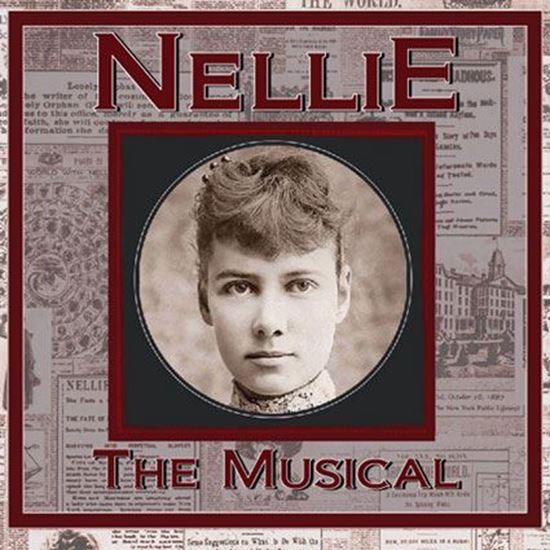 In the late 1800s rumors were circulating about alleged horror taking place on Blackwell’s Island, home of the New York City Lunatic Asylum. Women were apparently the victims of abuse and torture, and one woman, a newspaper reporter, decided to risk her own life to investigate. Nellie Bly committed herself to the asylum, documenting her findings and ultimately revealing the horrors to the entire world. This musical is adapted from Robby Steltz’s award-winning one-act play “Nellie” as well as Nellie’s own book “Ten Days in a Madhouse.” Featuring music by Stephen Murray, “Nellie: The Musical” tells the incredible story of how this “girl” reporter forever changed the way the world looks at treatment and housing of people suffering from mental illness.  Eleven original songs including "Undercover,” in which Nellie Bly makes her decision to take on a dangerous assignment; the haunting, a cappella "Dreaming," sung by the ghostly women; and the villainous Miss Grupe's demand that the asylum patients "Comply." Ultimately, in "Struck by Words," Nellie comes to the realization that her words can bring about positive change.

(A non-musical version is available.)

What inspired you to adapt/musicalize this story?

I’ve always felt like NELLIE was meant to be a musical. After writing the one-act and before having started work with Stephen, I had numerous lyrics and pages written of what I thought the musical version of NELLIE could be. What was difficult for me at the time, and part of the reason for the original story being a one-act, is that Ten Days in a Madhouse is a rather short story when you examine it with a “scene to scene” lens. That being said, when I had first began creating notes for a musical version of NELLIE, it was actually going to be a musical about her life as a whole.

What’s your favorite part or line in the play? Or favorite song?

Just like the one-act version, I really enjoy the prologue and epilogue; I also love that it has now become musicalized. I think my favorite song would have to be “Questions” which takes place in the second act. It’s a song that shows Miss Grupe realizing she may be losing power while also still threatening to hurt Nellie. Miss Grupe also knows that Nellie is smart, and she fears that she’s going to be outsmarted. Even so, during that number Miss Grupe still chooses to threaten, harm, and continue the abuse, which hauntingly shows how evil she truly is.

When we began I sent Stephen a bunch of the notes that I had containing lyrics and some scribbles of scenes and ideas of how to expand the story. Stephen kept me anchored throughout by finding moments within the one act script that could lead to songs, some of the songs are words that the characters say which leads them to sing. It kept me anchored because it showed me how the story could expand and be lengthened through music. We sent many emails back and forth, especially when creating the second act. The majority of the one-act’s story and dialogue was used up in the first act of this new musical. The second act is all new content, but Stephen also helped to keep it fresh to what was happening in the first act. As for the songs themselves, Stephen and I would share ideas of scenes or songs as well, and from there I would write the book or the scene and he would write the song. I really enjoy working with Stephen, he has a great sense of humor and is so knowledgeable about music. I love that we were both able to work our own individual magic as artists while also coming together to create this project.