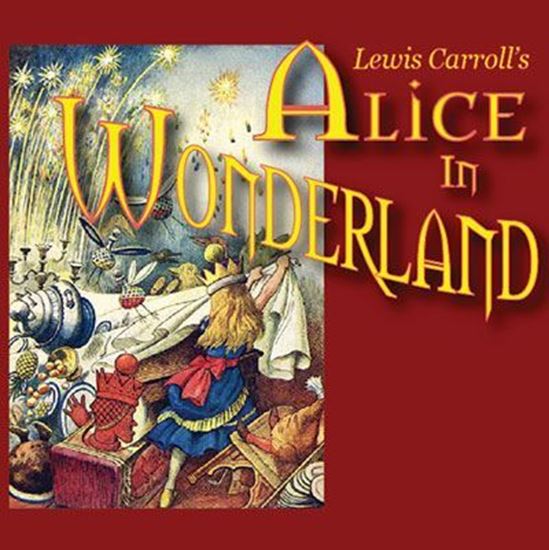 Lewis Carroll, the author of "Alice in Wonderland," has been contracted by a theatrical producer, Sir Henry Irving, to adapt his book into a stage play. Carroll, multi-talented but totally disorganized, has put off the writing of the play until the day before it is due. To help him create it, he gets Alice Liddell and her friends and family to improvise all the delightful characters. Even his staid housekeeper, a local handyman and two of Carroll's university students end up playing the roles of the Queen of Hearts, the Caterpillar, and the March Hare and Dormouse. Humor and chaos reign as all these "actors," including Carroll himself taking on several roles, try to re-enact the important scenes from his book. Many lovely songs highlight the action such as "One Place On" when the characters change chairs at the tea party, and "The Royal March," in which the Queen and the young actors playing her children, soldiers and courtiers, enter the theatre. A real children's tea party is recommended between the acts of your own production. (Condensed script version also available. See #7019) (Song sample is "I Would Read.")

Score Package CD (Includes 1 of each of the following scores: Conductor, Piano, Guitar, Oboe, Strings and Percussion. Data CD allows you to make the necessary number of copies you need for your production.)