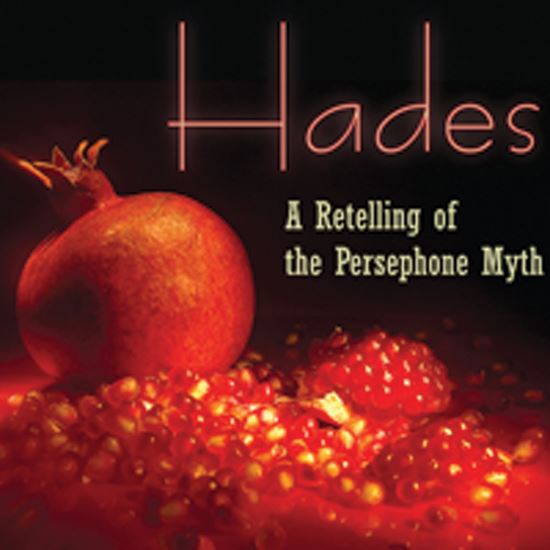 As Lord of the Underworld, Hades’ life is perpetually dark and dismal. His only companions are an ensemble of the dead composed of many of the Greek heroes of the Trojan War as well as the bitter and resentful queens, Helen, Cassandra, and Clytemnestra. They are all tortured souls, especially after being in the lowest dregs of hell for centuries. Then Hades kidnaps Persephone, the goddess of spring, who is young and carefree. Although initially she is desperately unhappy, Hades works hard to make her comfortable, and they learn the intricacies involved in dealing with one another. Soon Persephone’s presence makes flowers bloom and food grow, causing the tone of the underworld to brighten dramatically. Ultimately she faces a decision: Should she eat the seeds of a pomegranate to stay with her new love Hades in the underworld forever or return to earth to save her loved ones from death? A flamboyant Hermes and crotchety Charon add plenty of humor to this play which explores the many facets of love. Dance movement, choral work, and beautiful tableaux add additional richness to this dramatic play. Performance time about 80 minutes.

“Hades - A Retelling Of The Persephone Myth”

A: The story of Hades and Persephone has always intrigued me. How can a relationship and a story that starts off in violence and ends up in love even be truthful? This was a difficult concept to explore. Then to top it off, I wondered how such a dark god like Hades could lose complete control and kidnap a woman out of the blue. Was it lust or love at first sight? Too many questions popped in my head as I sat and pondered. Then I began to imagine what Persephone would encounter as she wandered through Hades. How would she cope with meeting the souls of major personages of other Greek tales? Thus the idea of adding the family of the House of Atreus was born.

A: “Death does not set one free. It coils and binds the blood; it strangles and pains until the debts of our souls have been remunerated to the gods.” It reminds us that our actions in life have consequences after death. It makes us take pause and think about what we have done so far with our lives and if we are following the original plans we designed for ourselves.

A: Incorporating the secondary story of people dealing with broken love and who no longer believe that love is a valid form of emotion. Then adding the unspoken third story of the tortured souls who are “faceless” and condemned to Hades took on a paramount importance to ensure that the audience didn’t romanticize the truth of the location and the predicament the souls found themselves in.

A: I wanted the audience to leave and go out to dinner somewhere and have a lively and heated discussion about the choices the characters make in the show. I wanted them to see a glimmer of truth in a line or a moment and realize the humanity of the character which isn’t lost when you die and to see the reflection of ourselves glaring back at us.

Directing “Hades” and designing its concept will not be an easy task, but it will be an exhilarating one. Just when you think you have a firm grasp on the motivation of a character something else emerges during a rehearsal process and leads you in another direction. The same applies to the design period--whether it’s set, sound, or costume the imagination is such a powerful tool that Hades and Tartarus will bring out a myriad of possibilities. If you love Greek myth, this show is for you!