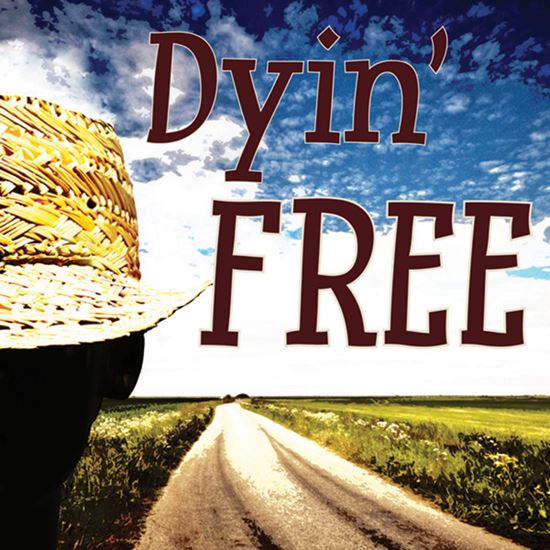 Cole, a slave, struggles with the prospect of escaping--the personal struggles and danger it would mean for his family. Escape would also mean forgoing all the trust and faith his “owner,” Mr. Jones, had invested in Cole. After much thought, and arguing with his wife, Cole agrees that an opportunity for freedom is worth sacrificing his fairly contented life as a slave. Their plan of escape, however, is found out. Cole must come face to face with Mr. Jones and suffer the consequences. The cost is great. The slave gives his life for individual freedom. The slave owner keeps his life but ultimately loses as he sacrifices his individual freedom and thought to the societal attitudes that he knows in his heart are wrong. “Dyin’ Free” is not a play about slavery; it is a play about freedom.

“Q.: WHAT INSPIRED YOU TO WRITE THIS PLAY?

A.: I started with the idea of the end, what would happen if the roles were reversed; slave and owner? Then the question became how the roles got reversed in the first place.

A.: My favorite line is towards the end of Act Two when Samuel says, “Everyone wants to be free.” I think he already knows that, because of his actions, he will never have the freedom he has searched for. And in essence, he has lost.

A.: The only character that was an inspiration is Cole. He is very loosely based on the character Coalhouse from the musical/novel “Ragtime.” A favorite of mine.

A.: I wanted to tell a unique story from several different viewpoints. I wanted to explore the different ideas of freedom and the power to make decisions. Also, how the people in our lives dictate our decisions. I wrote the play with a quote in mind: “All that is necessary for the triumph of evil is that good men do nothing.”

A.: Even though Sammy and Mrs. Jones may seem “bad,” they are just a product of the time they are in. As an actor, it is difficult to rationalize their behavior. But if you can find a way to sympathize with them, the characters will be more dimensional as a result. Everyone wants something. What is it that Sammy and Mrs. Jones want?