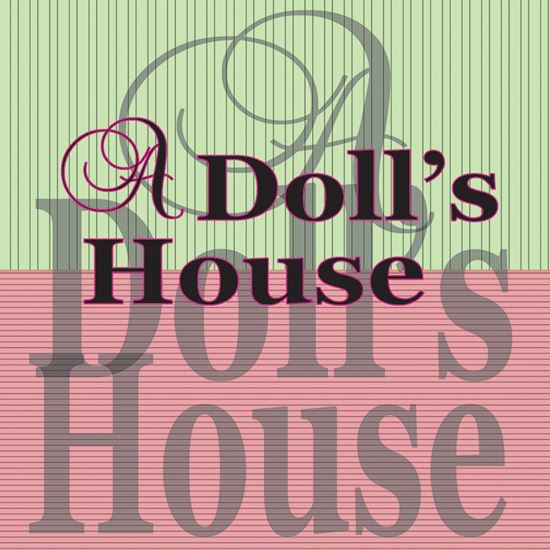 This version breathes new life into the supreme classic by Henrik Ibsen. Of course no one can improve Ibsen's original story of Nora Helmer, living an unexamined life of domestic comfort but being ruled by her husband, Torvald. The foundation of everything she has believed in is put to the test when she is unable to pay back a loan she made in secret to save her husband’s life. She has to contrive ways to pay back the money, for if a solicitor reveals her secrets, the household will be torn apart. Rather than stiff and stodgy dialogue from other translations of the 19th century Norwegian original, the vernacular here fits today's audiences. Nora is more carefree, Torvald more sweetly condescending. We identify with them quickly, and that helps us accept the antiquated mores Nora must strive to live under. Ideal for community theatres and senior high schools. About 2 hours. (Dance music for Nora, the "Tarantella" arranged by Robert Cole, is also available.)

HIS TRANSLATION OF ”A DOLL’S HOUSE”

Q: WHAT INSPIRED YOU TO WRITE THIS TRANSLATION?

In 2009, I took a job serving as the Dramatic Arts teacher at Pinson Valley High School in Pinson, Alabama. The school was just beginning to have a theatre program again, so they were looking for someone who knew how to do theatre— not just an English teacher who could read Romeo and Juliet out loud. I was determined, in my first year, to teach the classics and theatre history. To me, drama as I think it will be done for centuries began with Henrik Ibsen. Obviously, he wouldn’t have been able to do his work without the findings of everyone from Sophocles to Shakespeare, but Ibsen’s theatre (to me) is the peak of the dramatic art form. Not only are his plays meticulously structured, but they are crafted with a seriousness that trumps much work after him. I taught A Doll’s House in my beginner’s class and elements of it seemed to appeal to the kids. So, I decided to produce it in my second year as the inaugural production of a “Classics Unit,” where mature students would tackle plays that are more difficult on the secondary level. In looking for translations, I found what most people find—scripts with stiff, inaccessible dialogue that lead you to believe Ibsen neither had a poetic sense nor a sense of humor—and he had both in spades. So, the challenge of crafting a new transition from a literal English one seemed ideal as a logical extension of my work as a playwright.

Again, because of most translations—even good ones—Ibsen seems to lack humor and poetry. For those of us who know his work well, there can be nothing further from the truth. He is simply much more subtle with it in his major naturalistic plays. If you read Brand, Peer Gynt, Emperor and Galilean, and The Master Builder you see Ibsen the poet and you see quite a bit of humor. In A Doll’s House, it’s there, but it’s appropriately subdued for his everyday characters. My favorite humorous moment in the text is between Kristine and Dr. Rank. Kristine, weary and serious, says: “One must live, Doctor.” Rank, aware he is to die and reconciling to it, says: “I’ve heard that before. Some people would say it’s necessary.” Another great moment in the play is Krogstad’s imagery describing Nora’s extreme thoughts when she sees no way out: “A fine lady like you…Will they discover you under the ice, perhaps? Down in the cold, coal-black water?” I think it’s as fine an image as Strindberg would have produced.

Q: WHAT WAS THE MOST DIFFICULT PART IN CREATING THIS TRANSLATION?

A translator ultimately makes the decision as to how a line is crafted that satisfies the actor, reader, and audience member in the times they write in while trying to retain the author’s intention in a way they would feel were satisfying. There is no greater challenge. Some plays simply do not translate and are understandable only in their original vernacular. Ibsen’s major naturalistic plays, I imagine, would be easier on the translator than his epic verse plays, like Peer Gynt. For example, who’s to say for much of that very Norse material that there is an English equivalent in meaning that also rhymes in English couplets? But, since A Doll’s House was meant for the natural vernacular of the time, you can make substitutions for the vernacular of our time that still hit the meaning right on. This is more satisfying than “adaptating” Ibsen’s play to modern day, because you are still allowing the Master to speak for himself. The most difficult part of translating A Doll’s House was creating a translation that stood on its own up against others. To some people, their only sense of Ibsen is as translated by Michael Meyer or Rolf Fjelde. I wanted an American vernacular text that shed new light on areas unnoticed or downplayed by other translators.

Q: WHAT DID YOU TRY TO ACHIEVE THROUGH THIS TRANSLATION?

Ultimately, a script that was playable. I have seen translations that render exactly what the author meant, but are best used by an actor as a doorstop. When you craft an original play, you are cognizant your dialogue must be playable. Some translators are academic and miss this element when crafting texts for drama. My training as an actor helped with my translation, I’m sure. Eventually, the dialogue has to be internalized by someone else. They have to feel it in their mouth. They must work at it too, with a historical piece, but it has to sound realistic so that the audience believes an actual problem is being worked out right now, in the present, as they’re watching.

The translation of A Doll’s House was a monumental experience for me. Ultimately, in translation and adaptation, you are collaborating with the writer of the source material. There is no greater teacher of dramatic integrity than Ibsen. I hope by having the pleasure of working with him, my name might live on half as long as his.