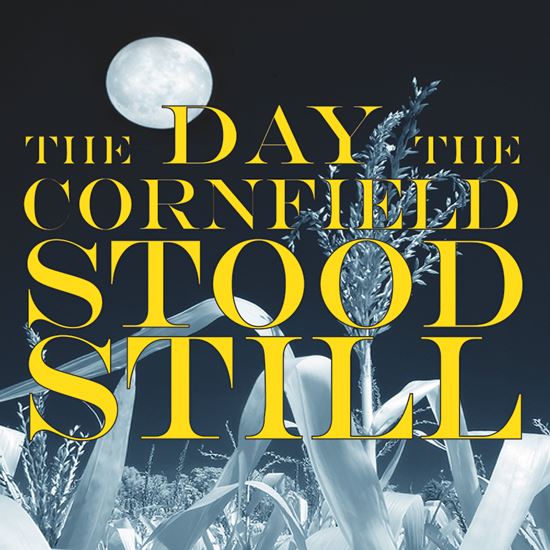 Elise Sims has just finished college, and she's ready to take on the world. Now she just has to tell her family about her plans. But they live in Oyer’s Corners, a town full of odd folks who make a living by selling tours and souvenirs to UFO seekers. Elise's grandfather, Jebediah Sims, started the UFO legend nearly forty years ago when he claimed he was abducted and taken aboard a flying saucer. New technology is making it increasingly difficult to fake UFO evidence, and the townsfolk are struggling to keep the legend -- and Oyer’s Corners -- alive. One faction in town even wants to change the focus to hunting for sasquatches! When a pair of FBI agents appear and announce they are investigating allegations of fraud, it seems all is lost until a couple of real aliens reveal themselves! They open a temporary "portal" that connects Oyer's Corners to the rest of the planets in the galaxy. They declare that the townsfolk will serve on a committee to determine the location of the permanent portal on Earth. In Act II, a host of outrageous politicians, celebrities and religious leaders compete to have the permanent portal opened in their own favorite locations, all of which helps Elise to see her hometown in a new light.

A:The initial impulse to write “The Day the Cornfield Stood Still” came from my love for science fiction. I had considered several possible story lines for a science fiction play in the past, but they always seemed to be too reliant on special effects and technology to play well on a high school stage. One of the short stories I teach in my Mythology/Science Fiction class is "The Big Front Yard," by Clifford Simak. The basic premise of that story is that a group of rat-like creatures from space invade the home of a rural handyman, turning his house into a portal that opens on a vast desert plain. Across the plain are scattered other portals that connect to other planets in the universe. As soon as the government gets wind of the portal, they attempt to take it over; however, the very savvy handyman and a local politician manage to hold them at bay. It's a semi-serious story with some humorous overtones which I first read in high school, and it just struck a chord with me.

I grew up in the small farming community of Springport (which was originally named Oyer's Corners), and I wouldn't trade that experience for anything. I remember a comedian asking once why aliens always seem to reveal themselves to toothless hillbillies in the middle of nowhere, rather than to our most prominent citizens. Simak's theme, which is the often-expressed romantic notion that simple folks are more interesting and capable than they appear on the surface, provides a good answer to that question. While this script is a significant departure from Simak's story, it was that theme that I hoped to express . . . while also poking a little fun at those same, simple country people.

A: It's probably Lynwood, Junior's question about his dear departed father: " If'n Daddy is in his grave, wouldn't he be lookin' up at the lawn?" I was enjoying the running joke about Lynwood, Jr. constantly creating excuses to avoid mowing the lawn, but felt like it was starting to wear thin at that point. That line came to me late, and when I added it, it just seemed to freshen up the joke and make it work throughout the play.

A: I was struggling to create a protagonist with a clear purpose when I read an autobiography submission from one of my students (she was also an actress in this show). She was going through a rough patch in life and felt that she'd been betrayed by several people close to her. She wrote about feeling like everyone around her was "fake," and that she longed to get away from home and into the "real world." The main character, Elise, was born from that sentiment. Otherwise they're mostly composites of people I know. The characters also display facets of students who have been in my various productions over the years -- and most of them know very well who they are!

A: I have a very large and active theatre program, so I always try to write scripts with lots of small character roles to be as inclusive as possible. Of course I wanted this show to be funny, but I also wanted to make the point that every day, all across our country, people in small towns are keeping the American dream alive. If all of the people in the world were to be judged by an outsider, those we consider common just might be declared the most worthy. In Matthew 5:5, the Bible says: "Blessed are the meek, for they shall inherit the earth." Why not throw in a few million other planets as well?

A: My fondest memories and most enduring friendships from high school all exist because of my involvement in theatre. I've continued working with high school drama programs throughout most of my life, and I still get that same wonderful rush on opening night (and that bittersweet sense of accomplishment the week after a show, when I suddenly find all kinds of time on my hands). This will be my fifth published play, and to be a part of the process as a writer is just the icing on one very delicious cake.