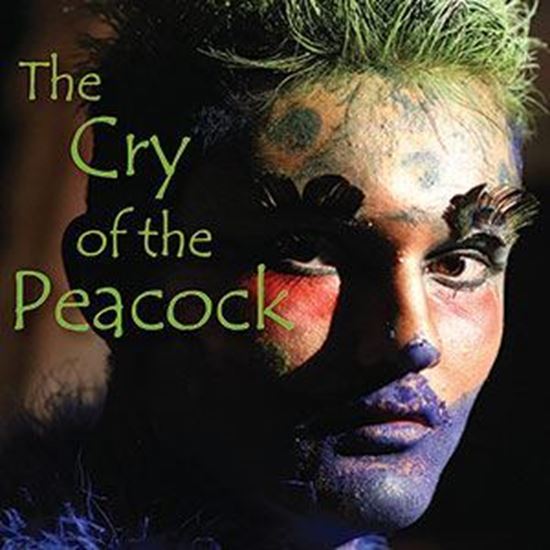 Young Mary Blanton has suffered some kind of trauma as evidenced by her monster-filled dreams and the horrific scratches on her neck and back. Who did this to an innocent 9-year-old girl, a child who finds comfort through an imaginary pet peacock? Dr. Janice Todd is called before a review board to defend her investigation of the child abuse case. She recounts her discoveries and interviews with the Blanton family, and scenes of Mary’s recent past are brought painfully to life. Three judges, staged as omniscient, skeptical shadows, and several surreal nightmare monsters who taunt and terrify, bring Mary’s abuse into stark scrutiny. In memories and revelations, the line between fact and fiction blurs, leaving one grasping for the truth. The truth that monsters are real, living among us, hiding behind the faces of the people we know and trust. Inspired by real-life tragedy.

Winner in UIL OAP contests April 2015: 8 Honorable Mentions All-Star Cast members, 12 All-Star Cast members, 4 time recipient of Best Crew for Lighting and Sound, 1 Best Actress. Judge's responses to the play: "Best new one-act I have seen in years." "Blends the lighting and sound so intricately with the acting and costumes, that it creates an intriguing but yet terrifying experience, that brings the nightmare of child abuse to life on stage." "The scariest show I've seen on stage." "This show is so important because it sheds light on the secret sickness of our society. The dirty, evil things that no one wants to talk about."

THE CRY OF THE PEACOCK

A: Abuse hits home for me. I grew up seeing the affects abuse had on a family member and have often thought about what causes someone to hurt another person, especially a child. What kind of monsters must live in our world, hiding under the skin of the ones we love, for such harm to be done to innocent children? I first addressed the subject of child abuse in play entitled 'Unraveled" in 2009. I was able to partner with CASA (Court Appointed Special Advocates) to use the play as a platform to bring child abuse awareness to the panhandle of Texas. The play even garnered a write up in the Amarillo Globe Newspaper. After writing and producing the play, I felt a cathartic release and thought that I was finished with the subject, but it was not to be. In 2011, as I was working as a theatre teacher, our small town was rocked by the loss of a pre-kindergarten student due to physical abuse. That night all the memories of abuse came flooding back: the anger, the rage, and the bitterness. All I could do was hold my daughter tight and tell her I loved her. As the details regarding what had transpired came to light, it was evident that so many people could have intervened and prevented this boy's death, but did not. Good people, honest people, well-meaning people, turned a blind eye. The thought that one phone call could have kept this child alive has haunted me since. Then, one night in the fall of 2012, I dreamed I was watching a premiere of my own play. In my dream, the play was about a little girl haunted and attacked by demons. This dream, this play, was so vivid and real, that when I woke up I got out my computer and wrote the final scene of this play. When I finished typing, I had this very vivid, rather terrifying final scene, however, that was all that was there for many months. Then in the spring 2014, I had another dream. This time, it was the first scene set between the teacher and Mary. As with the previous dream, it was real and vivid. As I did months before, I woke up and furiously typed the scene. Once I had the beginning and the end, the body of the play was born out of the anger and frustration I had in me toward my childhood and the father of the murdered child. Much of the play was born out of this tragedy. The anger and frustration I felt was poured into this piece, because I have seen that monsters are real. They hide behind the faces of the people who should love and care for us. Yes, I know that monsters are very real, very real indeed.

A: From Dr. Todd - Scene 10, pg. 36 "Life is more than what can be counted and measured, quantified and qualified. We think that we are so advanced, so smart, no riddle that we cannot solve with science. Truth? There is one truth I now know. The truth is that once upon a time, a beautiful little girl drew me a picture of her best friend, and I took that away from her. I did what those boys never could, I killed Charlie. Not with stones, but with science. I killed him where he truly lived... in her heart. And I will live with that shame for the rest of my life."

A: This play was first approved for the 2014-2015 TX HS UIL OAP contest, receiving special approval for a bed with casters as a set piece.

If you are considering performing this play, please include your local CPS hotline information in the program. If we are to err, it should always be to err on the side of protecting the child, not the adult.