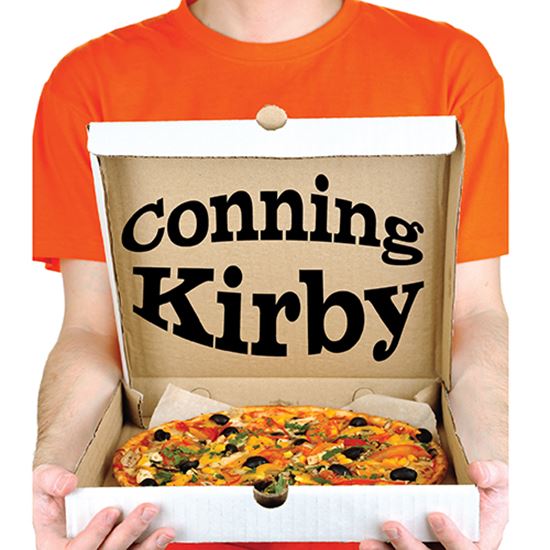 Ray Chambers is a sales executive whose company invests in small businesses to franchise them. His target this time is surly Kirby Muldoon, the owner of Kirby's Pizzeria. Kirby has taken a vacation to a mountaintop lodge to work on his anger management. Ray, with the help of his fiancée Julie and his woman-crazy assistant Tony, schemes to win over Kirby. It’s complicated by Tony's infatuation with Kirby's waitress Lisa and the shrill owner of the lodge, Cyndi, who can't seem to stop shrieking at an unseen handyman. After being turned down the first time, Ray utilizes the leftover costumes from an annual meeting of stage performers. Posing first as a cowboy named Prissy, then an Australian named Kangaroo Kelsey, then as a Russian with too many names to list, the schemes get more and more insane. This action-packed comedy will keep your audience laughing. About 90 minutes.

I’ve always been a fan of farces – people getting caught up in ridiculous situations as they try to dig themselves out of a jam. I’ve written plays in a number of different genres, but farces are always audience pleasers.

My favorite part is when the characters try to lurch their way through the script that Julie has written to try to impress Kirby. It’s actually inspired by an actual exchange I saw during a play rehearsal; the poor guy had two lines, “yes” and “what.” The prompter drove the guy nuts trying to get him to say those words. I took that situation and embellished it to create the scene in “Conning Kirby.”

During the creation of this script I visualized friends and family in the roles. I think the familiar faces helped define the personalities.

I want to make people laugh. It’s as simple as that. If you read any hidden meanings or subtle messages within the pages, seek professional help. I just want the audience to walk out of the theater a little happier than when they went in.