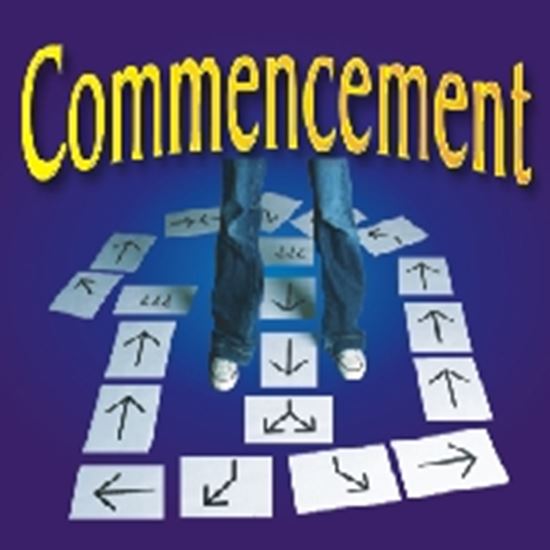 It’s Steph’s high school graduation party. Her friends are all around, her family will be back shortly, and she is supposed to be adding the final touches to the house. But this “commencement” is anything but easy or simple. She and her boyfriend Brandon have news that will devastate her father, has already caused an upheaval with her mother and sister, and will no doubt upset her best friend Gina’s careful plans. Everyone has an opinion about what Steph should do, but naturally everyone tells her it’s “her decision.” As the news filters through her network of friends, however, it becomes clear that she is far from being the only one rethinking old assumptions in the light of new events. This one act is a fresh, honest exploration of the pervasive and perplexing issue of teenage pregnancy. The piece offers its actors pithy, well-developed characters, and its audience a startling array of challenges and ideas.

A: Several of the students I have worked with on previous productions suggested a piece on teen pregnancy. When we started to explore the theme there seemed to be so many divergent views and considerations that the topic was immediately appealing. Honestly, however, it would not have occurred to me otherwise – teen pregnancy has always seemed difficult to write about convincingly, and all too easy to write about with one particular agenda.

A: I often choose to write young female roles because it has always seemed to me that there are relatively few parts for girls that have sufficient depth and challenge. While I do think the women’s parts in this piece are compelling and believable, I am most interested in the role of Brandon. I especially like his comment to Steph that “for me there are wrong answers.” In a play so emphatically about what she is going through, I find his consistent attempts to be honest about his own situation appealing, even noble. She is understandably anxious and reactive, but he tries sincerely to be a support to her when (as they both admit) they are thrown into an entirely new universe. I respect him for that, if not for the lapses in judgment which led them both to this point.

A: Not especially, through the initial workshops with teen actors certainly influenced the range of views expressed in the play.

A: I wanted to try and take a fresh look at a familiar topic that is, in my view, often treated in a one-dimensional way. Rather than make the pregnancy simply a plot device, I wanted to show that it was a pivoting force not just for the couple but for several others close to them. As with all theatre, I also wanted to give the actors, director, and the audience something to talk about before and afterwards.

A: The title – “Commencement” – came quickly to this project. I vividly remember a high school junior girl some years ago who, already four months pregnant, showed up to the initial meeting for a musical production. She looked genuinely surprised, even annoyed, when we pointed out that performing in a show the following spring in the eighth month of her pregnancy would probably not be the best use of her time. I think we finally persuaded her by explaining the difficulties her situation would pose for the costume staff! I’ve always loved the message we give graduating seniors that by “commencement” they are not finishing, but starting. Sometimes in our zeal to celebrate achievement we forget the equally important humility that comes from accepting and embracing the new rules that come with new responsibilities.